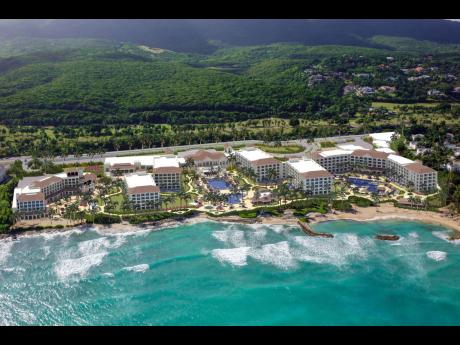 PLAYA RESORTS, which operates hotels in Jamaica, Dominican Republic and Mexico, plans to reopen in July with the pitch of the resorts being a safe space away from the pandemic.

The closure of the 23 hotels in its chain since late March will cost Playa over US$15 million per month.

The company, which is selling two of its Jewel Resort properties in Jamaica, has advised of plans to dispose of another hotel, but did not name the property nor its location.

The resort will avoid price discounts in pitching its rooms to customers, on the assumption that guests will pay a premium for safety and quality, according to Playa Resorts Chairman and CEO Bruce Wardinski on an investor call this week.

“People are going to pay up for quality, and quality includes safety,” he said.

Wardinski recalled that price discounts factored in the hotel recovery in the previous economic meltdown, but noted that this would not necessarily happen this time around.

“Now, it is more of a safety issue and a quality issue,” he reiterated.

He said the open lobbies, wide walkways to beaches and restaurants at Playa’s hotels provide adequate space for physical distance between guests, and that Playa would cap hotel occupancy at about 75 per cent, while allowing guests the option of refusing maid service to limit contact.

“It might be ‘don’t wash my sheets and towels’, or ‘don’t come in my room for a week’. You will see some of that,” he said of the selections guests would be offered.

Playa reported US$177.2 million in revenue over three months ending March, US$54.5 million of which was contributed by Jamaica. Comparatively, the company made revenue of US$195.8 million in the March 2019 quarter, with US$62.6 million from Jamaica.

Playa will reopen in July subject to government approval and adequate airlift.

“From a marketing front, we view this as an opportunity to take market share from both our direct and indirect competition. We plan to aggressively pursue our competitive advantages,” Wardinski said.

The hotels can break even with one-third occupancy but would have to shutter were occupancy to fall below 15 per cent, said Chief Financial Officer Ryan Hymel.

Playa holds US$60 million in cash currently, which does not include the sale of its two Jewel Resorts, which is set to add another US$60 million.

Hymel said that the resort company would continue to burn through cash at a rate in “the high-teen millions in a no-revenue scenario”. The company, however, expects to reopen its resorts in less than two months.