As cannabis market softens, some investors pulling back 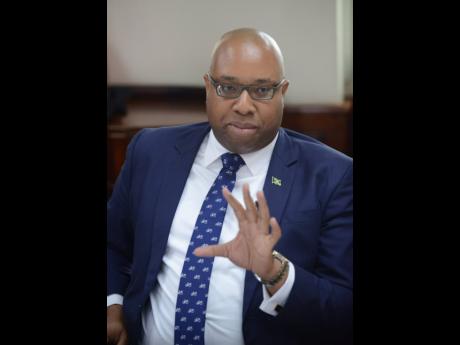 Aurora, a Canadian listed cannabis company, has sold its Jamaica asset for less than its CDN$4.5 million ­valuation in order to get cash.

“The company also accepted an offer to sell its Jamaica property for gross proceeds of CDN$3.4 million,” said Aurora in a market filing.

The property in Jamaica was idle but would have formed the base for its local operations. Aurora also sold assets it held in other regions in order to focus on local production in Canada.

Its pullback from Jamaica comes amid signs that other Canadian ­companies are reassessing their cannabis investments in this market and elsewhere, and amid what seems to be a slowdown in the marijuana trade in Jamaica.

“Some people overextended ­themselves. It is a new industry and there lots of learning curves,” said Delano Seiveright, director of the Cannabis Licensing Authority, CLA, in a Financial Gleaner interview on Thursday.

Across the local sector, sales between licensed ­dealers in Jamaica – for instance, farmers selling to herb houses – have been falling, based on data obtained by the Financial Gleaner. In January, marijuana sales amounted to US$54,500; in February sales were at their highest at US$123,400; that dropped to US$47,500 in March; and fell even further in April to US$18,000. Comparative numbers for 2019 were not immediately available.

There was also no data showing how the retailers of medical marijuana were faring, but industry insiders say the decline in business is noticeable.

Some Canadian cannabis companies, whose operators in recent years had snapped up assets and licences in Jamaica and around the world, are now selling assets or writing down the value of the investments based on the realisation that their acquisitions were unlikely to earn or produce returns at the rates projected.

Insiders on reflection say some companies overpaid for assets in the run-up to raising capital, and now those Canadian companies are recalibrating.

For instance, in April, the Green Organic Dutchman, TGOD, disclosed in its March financials a CDN$4.3-million (J$430-million) non-cash impairment on its investment in Epican, which operates herb houses in Jamaica. The write-down didn’t affect the operations of Epican but TGOD explained that the impairment reflects an expectation that its investments are unlikely to be recovered in full in Jamaica.

TGOD, which also wrote down other international assets, citing market conditions, announced that it would no longer seek to export cannabis from Jamaica to Canada and instead cultivate in Canada.

Seiveright said that cannabis ­investors had extensive growth plans pre-COVID built on the foundation of tourism arrivals. With the onslaught of the coronavirus those plans have either been shelved or delayed in order to cut operational expenses and reduce losses.

“The uncertainty surrounding when things will get better actually makes matters worse,” he said. “Now, based on what I am hearing, some operators are in wait-and-see mode while others are moving quickly to sell or downsize operations.”

But, as Seiveright also noted: “Some remain bullish.”

“Once things begin to settle down, whether a few months or a year from now, exports will no doubt be a huge priority for properly positioned companies,” added Seiveright.

Jamaican cannabis operators have been trading ­cannabis and its extract oil to countries, such as Canada, Australia and the Cayman Islands, for over a year.