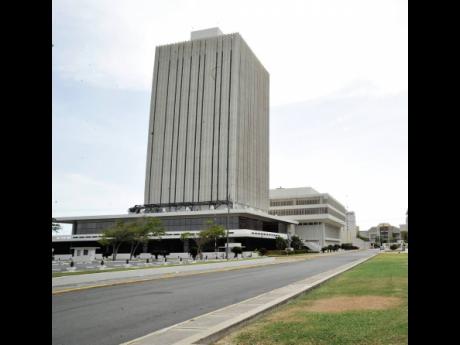 The Bank of Jamaica, BOJ, is projecting that the coronavirus, or COVID-19, will be contained by the end of June, giving countries around the world an opening to resume economic activity.

In its assessment of the epidemiological curve, the BOJ said that much of the economic damage in the global economy reflects measures deemed required by public health officials to slow the spread of COVID-19 and avoid overwhelming national healthcare systems.

“There are signs that these measures are starting to work, as daily infection rates appear to be stabilising in a number of countries. This suggests the global economy may be nearing the peak of the virus,” BOJ said.

The result is that governments are slowly starting to develop plans to reopen their economies, said the central bank in its latest quarterly monetary policy report issued in May.

“The BOJ projects that the virus will be contained by end-June 2020 and global economies will gradually reopen subsequently,” it said.

Worldwide, COVID-19 has caused more than 380,000 deaths among the 6.4 million that the disease has infected. In Jamaica, there are over 590 cases and 10 deaths.

The Jamaican economy is projected to contract by more than five per cent this year, due to the impacts of the coronavirus and the lockdowns instituted to contain it.

However, both the BOJ and the International Monetary Fund, IMF, are predicting a turnaround for the Jamaican economy the following year. Central bank governor Richard Byles said their projection is for a recovery of 2.5 per cent to 5.5 per cent, whereas the IMF is predicting growth of about 3.9 per cent in fiscal 2021-22 and two per cent in out-years over the medium term.

Byles, at the end of May, put a caveat on the BOJ’s projection, however, saying the central bank could not gauge the full intensity and duration of the crisis nor the effectiveness of measures put in place by governments.

In coming to its conclusion of a likely containment of the virus by month-end, the central bank cited the track the pandemic has taken up to May in its quarterly monetary policy report.

COVID-19 was declared a pandemic by the World Health Organization, WHO, on March 11. On April 22, WHO Director General Dr Tedros Adhanom Ghebreyesus indicated that most of the epidemics in Western Europe have stabilised or were declining; that social-distancing steps had suppressed transmission in many countries, but the virus was still extremely dangerous, and early evidence suggests that most of the world is still susceptible.

Containment involves tracking the dissemination of a disease within a community, and then using isolation and individual quarantines to keep people who have been infected by, or exposed to, the disease, from spreading it and that eliminates the possibility of further transmission.

BOJ also noted that in the past century, there have been four pandemics caused by an emergence of new influenza viruses. As a result, most research and guidance around pandemics is specific to influenza, but it said the same premises can be applied to the current COVID-19 pandemic.

Flattening the curve on new virus cases has been the main goal of administrations across the world, to reduce pressure on their healthcare systems.

The BOJ also noted that as at May 10, more than 3.9 million cases of COVID-19 were diagnosed globally, with over 274,000 fatalities. Not every country has reacted to the coronavirus pandemic in the same way as there are complex geographic, demographic and political factors at play that may make one country more susceptible to a surge in cases than another.

According to the report, countries were able to effectively contain the severe acute respiratory syndrome, SARS, outbreak of 2003 in approximately six months as there were no new cases reported by July 2003. The containment was done through syndromic surveillance, prompt isolation of patients, strict enforcement of quarantine of all contacts, and community quarantine efforts.

“With similar containment efforts being implemented for the novel coronavirus, analysts have projected for the virus to be contained by June 2020,” the BOJ said.

Further, it has been reported that the clinical trials for a COVID-19 vaccine have commenced in a number of countries.

Since the first reports of cases from Wuhan, China, at the end of 2019, more than 84,000 COVID-19 cases have been reported in that country. A joint WHO-China fact-finding mission estimated that the epidemic in China peaked between late January and early February of this year, and that the rate of new cases had declined substantially by early March.

The BOJ says the economic recovery under way in China gives some useful pointers to what lies ahead for the rest of the world. In particular, the early lockdown to contain the virus in China enabled a rapid return to work, and the initial rebound in economic activity there was fairly fast, even though the recovery has been uneven, as service sector activity is more subdued.

Regarding the United States, the BOJ said that country appears to be in its peak phase of the epidemiological curve for COVID-19, and the federal government has given state governors guidance on reopening their economies in the coming months.

“Based on the fact that the SARS outbreak lasted approximately six months and that China, where the virus first appeared, was able to start easing lockdown measures by end-March 2020, there is support for the possibility that the COVID-19 outbreak will be contained by end-June 2020 and that global economies will gradually reopen subsequently,” the central bank said.

“Despite this, levels of economic activity in much of the global economy will remain below those observed in the December 2019 quarter due to the likely controlled reopening of certain sectors,” it added.

The BOJ said the risks to that outlook are skewed to the downside as there is still no effective treatment for the virus or a vaccine. “Therefore, a return of aggressive containment measures in the second half of 2020 is not ruled out,” the central bank said.