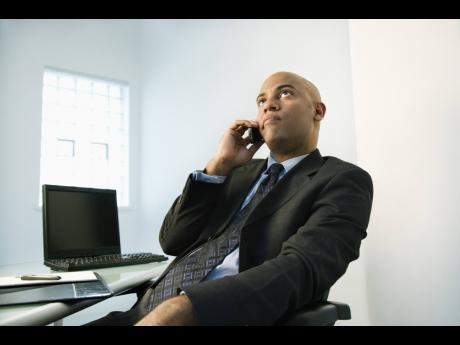 Have you ever been part of a project or organisation in which a colleague is giving only a minimal effort? This behaviour, which some call ‘mailing it in’, may be killing your team’s success.

For several years in the 1990s, I participated in a programme in which I was trained to teach 50-150-person seminars. The head trainer was the most effective instructor, consistently receiving the best scores, but new trainees like me had a tricky challenge trying to figure out exactly what made him outstanding.

One of his traits was an uncanny skill: he could lead each event as if it were his last, giving attendees a fresh experience each time. As a high performer who took each seminar to a different level, he found new ways to make things compelling even when they were, on the surface, mundane.

While I couldn’t replicate his ability, it was fascinating to observe someone who never once ‘mailed it in’. The phrase refers to the human tendency to do the minimum possible to get by, thereby providing only a weak substitute. According to Wiktionary, the term means “to fulfil a responsibility with a minimum, rather than appropriate, level of effort”, also known as ‘phoning it in’.

In my column a month ago about governance and leadership, I mentioned that many organisations' board members are mailing it in. I wrote: “In some of our (clients') strategic-planning retreats, they either decline to attend, fail to show up, arrive late, leave early, or spend the entire caucus distracted by email.” Or Zoom. Or a live football match on YouTube – a real episode.

But what’s the big deal? Why should you care? After all, mailing it in has been part of Jamaican history ever since Columbus met and tried to enslave the Tainos. Their response was probably typical of all oppressed people: to pretend to be doing as much as possible while actually doing the minimum.

Here are a few reasons to highlight this tendency that may help address it in your organisation.

We Jamaicans often treat corruption as if it were a novel coronavirus – a once-in-a-lifetime event that arrives out of the blue all of a sudden, shocking us all. Consider that in your company, corruption starts with something tiny: when someone mails it in.

In other words, whenever staff members offer up “a minimum, rather than appropriate, level of effort”, they are doing more than being lazy. In fact, they are undermining the very mission of the enterprise.

Strangely enough, they could be well-intentioned. The truth is, we are imperfect, which means that sometimes we miss the mark entirely. Some departments or boards do so for years at a time, eventually doing great damage to the very cause they are trying to uphold.

However, the important part that is missing is a tool of accountability: consistent and transparent feedback, especially in those moments when you are mailing it in. In other words, when you don’t have someone who is willing to let you know when you are merely putting in a half-effort, you are likely to slide into a micro-corruption, which amasses into a mission-killing culture.

To illustrate: for every Usain Bolt, there is another person with equal talent. The only difference is often a lack of accountability – continuous, corrective conversations between the performer and their coach. Without such direct help at unexpected times, it is hard to achieve much.

In firms with such dysfunctional cultures, pointing fingers is a wasted effort. The sad fact is that whenever a group of individuals don’t practice holding each other to a high standard on a regular basis, mailing it in becomes the inescapable, mediocre norm.

Unfortunately, when this corruption leaks in at the highest level, it’s a different kettle of fish. Why? We Jamaicans tend to pay a lot of attention to hierarchies.

For example, a board that fails in its basic duties – that is, to have annual general meetings, regular meetings, challenging conversations, high-performing members – sends a signal to the company: it tolerates corruption.

Over time, anyone who attempts to raise the bar in any part of the organisation can be thwarted. They will learn or be told that they are being unfair or unreasonable. And if they look for support at a higher level, they find the same corruption.

At that point, staff members quit. Either they start a job-hunt or worse, they remain in the job and lapse into mailing it in. They join the club.

Sometimes, a knowledge of these two costs is enough to spur a transformation. Use them to show your organisation the places where it is killing its own success by collectively mailing it in.

Francis Wade is a management consultant and author of Perfect Time-Based Productivity. To receive a Summary of Links to past columns or give feedback, email: columns@fwconsulting.com.