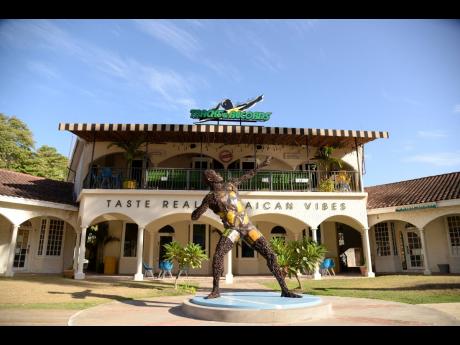 KLE Group, the restaurant operator led by Gary Matalon and backed by Director Joe Bogdanovich, spent the equivalent of about $100 million to reacquire its franchise restaurant in Montego Bay, according to documents released this week.

The deal was previously announced but not the financial terms.

“The KLE Group acquired all the assets of the Montego Bay franchise of T&R Systems Limited at a purchase price of US$700,000,” stated KLE’s annual report, which noted the effective date of the transaction as January 2020.

“The purchase was financed through a loan from a related party,” it said.

Matalon told the Financial Gleaner that the loan came from Bogdanovich.

The KLE Group operates restaurants under the brand Usain Bolt’s Tracks and Records, UBTR, and provides management services to T&R Restaurant Systems Limited, which trades as FranJam. KLE holds 49 per cent of T&R.

KLE operates its flagship UBTR at Market Place in Kingston. Now with full ownership and control of the local franchise, KLE is looking to add new restaurants locally that it will operate.

“The company plans to begin operating a branch in Montego Bay in the near future. Full revenue from this location will flow to KLE, which is expected to put the company in an improved position. The company will also benefit from economies of scale and centralisation with this acquisition,” the KLE report stated.

The restaurant company will also focus on selling franchises internationally, following the initial set-up in October 2018 of the UBTR location at 94 Middlesex Street in the UK.

KLE Group revenue grew 46 per cent in the March first quarter to $72.7 million, but the company failed to keep expenses level, which resulted in a loss of $19 million for the quarter. The loss grew KLE’s accumulated deficits to $45 million.

The UBTR franchise that was reacquired in Montego Bay was launched in 2018 and was held by hotelier and businessman Christopher Issa. Another UBTR franchise held by Marsha Jahmnani and Joshua Jahmnani had opened two years earlier in Ocho Rios, but that operation was later shuttered.

KLE Group is otherwise moving ahead with its villa development project Bessa in St Mary, in partnership with Sagicor Life Jamaica. Under their agreement, KLE would have initially spent US$350,000, but in 2017 its direct funding was adjusted to US$100,000, while other unnamed investors were to provide the other US$250,000.

Sagicor has indicated that it will continue with the partnership.