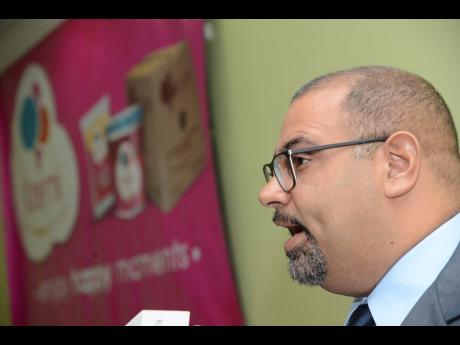 Caribbean Cream Limited, which trades as Kremi, has reported a 31 per cent increase in profit for its first quarter ending May, a result the ice cream maker partly attributes to its ability to continue manufacturing during the COVID-related lockdown, while competitors grappled with scarce imports.

Kremi, which up to last year held 55 per cent of Jamaica’s ice cream market, says it has increased its share “marginally” through community deliveries during the pandemic. “There was an uptick in sales, and it was mostly due to competitors having a harder time during COVID-19 than us. There, shipping times were delayed and so we were able to take advantage of that,” said CEO Christopher Clarke.

“We were anticipating a decline in sales, but it never happened. Instead, there was an increase in demand for comfort food like ice cream, and so we had to quickly adjust production output to meet the demand,” he said.

Kremi ended the first quarter with profit of $27 million on revenues of $429 million. Despite increasing costs of raw materials and imported novelties during the quarter, Kremi was able to maintain good profit margins from productivity gains in its manufacturing process.

Gross profit increased nominally by 3.3 per cent, but the margin was flat year-on-year at 32 per cent.

Lower marketing expenditures brought operating expenses down, and led to a 16.5 per cent rise in operating profit. The company’s operating margin also improved by nearly one point, from 6.95 per cent to 7.88 per cent.

Kremi is one of two large manufacturers of ice cream in Jamaica, the other being Crazy Jim. Last year, the Clarke family-controlled company invested $65 million in a new production line for frozen novelties, which brought direct competition to the Helados Bon icicles imported from the Dominican Republic.

For the quarter, however, there was a slowdown in Kremi’s frozen novelty sales, due to cross-border restrictions – the products are imported from the US and Suriname – so Kremi focused its efforts instead on its core ice cream products.

The ice cream maker plans to continue serving its customers through community deliveries, but Clarke is moving cautiously for now, given the uncertainties surrounding the virus and evolving consumer behaviour.

“We had a good quarter, but that doesn’t say that the next quarter is going to be as good. We, like everybody else, are taking a wait-and-see approach; we won’t be doing anything too risky, so we are not likely to have anything new or different, at least not for now,” Clarke said.