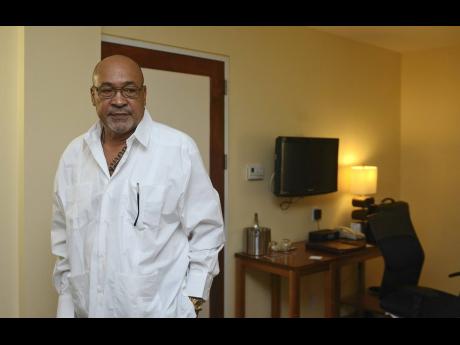 Suriname’s newly elected parliament chose a former police chief as the country’s president, who was inaugurated Thursday to replace Desire ‘Desi’ Bouterse, who faces a murder conviction at home and a drug-smuggling sentence abroad.

Chandrikapersad Santokhi, better known as ‘Chan’, inherits a devastated economy in the South American nation of about 600,000 people.

“We are on the brink of a financial abyss,” Santokhi said on Monday. “There is concern. The Treasury is virtually empty. This crisis surpasses any worst-case scenario we’ve considered. We will have to face the crisis together. We have no time to lose.”

The new ruling coalition has said it needs to determine what the country owes its creditors, and analysts say it may need to work out a debt-rescheduling plan with the International Monetary Fund — something that could require a potentially unpopular phasing out of fuel, water and electricity subsidies.

The new government also has pledged to bolster the independence of the central bank, which allegedly had been plundered by the previous administration.

The 61-year-old Santokhi has appealed for investment by Surinamese emigrants in the Netherlands, the former colonial power that has had a rocky relationship with Bouterse’s administration. The two countries currently do not have ambassadorial-level relations.

Santokhi also faces the dilemma of what to do about Bouterse’s legal problems. The charismatic outgoing president remains popular with a significant part of the population, despite being convicted last year of orchestrating the murder of 15 political opponents in 1982 during his earlier stint as head of a military government.

He is appealing that verdict, and the 20-year sentence, which stem from a legal process launched when Santokhi was justice minister. The new president has repeatedly deflected questions about the issue, saying it is up to the courts — though he now will hold power to grant a pardon.

Bouterse also faces an 11-year sentence for cocaine smuggling handed down in absentia by a Dutch court. He denies wrongdoing. As head of state, Bouterse has enjoyed diplomatic immunity so that he can travel abroad without being arrested – a freedom that will vanish as he leaves office.

Santokhi’s own vice-president, Ronnie Brunswijk, also faces a similar six-year sentence in the Netherlands as well as jail time in France. Brunswijk is a former Bouterse bodyguard who turned against him and launched a guerrilla war that was eventually settled by a 1992 peace treaty. He has been a defender of the rights of the Maroon people, descendants of escaped slaves who live in the country’s interior.

Bouterse on Monday congratulated the new administration and quoted from Suriname’s national anthem: ‘From wherever in the world our ancestors came from, we must build up the country’.

“It won’t be an easy job; I’ve experienced that myself,” he said. “But it will succeed if we work together. If you need me, you know where to find me.”

Following the May 25 National Assembly elections, Santokhi’s United Reform Party leapfrogged past Bouterse’s National Democratic Party by winning 20 seats, up from nine, while the government party fell from 26 to 16.

Suriname also has been hit hard by the COVID-19 pandemic, with 762 confirmed cases and 18 deaths reported as of Monday.