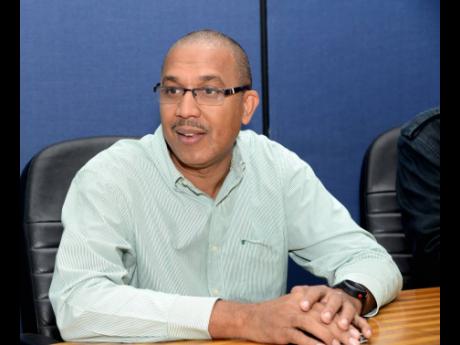 The Fair Trading Commission, FTC, has ruled against a US$25 turnover fee developed by DHL Jamaica Limited and targeted at firms offering customs broking services, saying it could lessen competition.

The fee was implemented in 2019 against packages that the international courier company transported to Jamaica, according to a report from the competition regulator.

The charge would apply if importers chose to use their own brokers to clear items through Customs and deliver those packages to customers, said FTC Executive Director David Miller. But if DHL delivered the package the US$25 fee would not apply, Miller said.

The competition watchdog launched its probe of the DHL fee in June, based on a request from DHL itself.

Asked why it sought the determination, the courier company skirted the query, saying instead that such charges are not unusual.

“In many markets within the DHL network, customers can opt to have their own broker clear their shipments. In many countries, a nominal fee is assessed to recover those administrative costs,” said Country General Manager of DHL Express, Gavyn Symons, on Thursday.

“DHL has considered implementing the fee in Jamaica and has proactively reviewed it with the Fair Trading Commission. However, there are no plans to implement the fee at this time,” he said.

Asked for further clarification as to whether the fee had ever been implemented, in light of the report, DHL requested that the question be sent in writing. However, the FTC affirmed on Thursday that its probe indicated that it had.

Miller said the agency determined that DHL holds a significant share of the market in Jamaica for packages and can be considered a dominant player.

Under the Fair Competition Act, FCA, an enterprise holds a dominant position in its market if by itself, or together with an interconnected company, its economic strength allows it to operate without effective constraints from competitors or potential competitors.

An enterprise abuses a dominant position if, among others, it impedes competition, including restricting the market entry of others, imposes unfair purchase or selling prices or other uncompetitive practices, or limit production of goods or services to the prejudice of consumers.

According to the FTC report issued this month, the broker turnover fee was imposed only on customers of DHL’s freight-forwarding services who used third-party customs brokers at the ports of entry in Jamaica.

President of the Customs Brokers and Freight Forwarders Association of Jamaica, Clive Coke, told the Financial Gleaner that the fee is so called because it represents the levy charged for DHL to turn over import documents to a competing broker to clear the cargo from Customs.

The fair trade watchdog said DHL voluntarily withdrew the fee and subsequently requested an opinion from the FTC as to whether the implementation of such a fee would contravene the FCA.

According to the FTC, the information it reviewed is consistent with the theory that the implementation of the fee constitutes rent-seeking behaviour on the part of DHL. Rent-seeking is the practice of manipulating public policy or economic conditions as a strategy for increasing profits.

Further, the agency concluded that no demonstrable economic justification was established for implementing the fee.