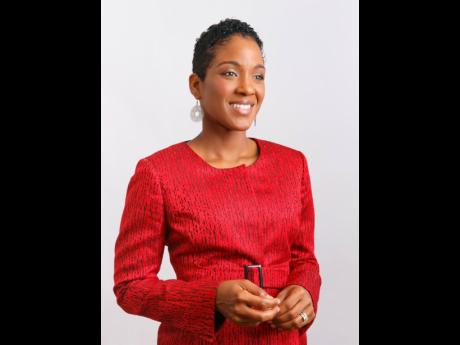 Sanya Goffe, president of the Pension Industry Association of Jamaica.

The Pension Industry Association of Jamaica, PIAJ, says the COVID-19 economic task force’s recommendations about disaggregating the limits placed on debt and equity investments, as well as an increase in the limit for private equity investments for pension funds, are encouraging.

“All our lobby efforts in relation to the liberalisation of investment limits were premised on private equity having its own limit and not aggregated with private debt, as is currently the case,” said PIAJ President Sanya Goffe.

Those changes, if implemented, will widen the scope for pension funds to diversify their investment portfolio, said Goffe in response to Financial Gleaner queries.

The COVID-19 Economic Recovery Task Force Report, tabled in Parliament earlier this month, recommended a review of pension investment regulations. The task force was chaired by Minister of Finance and the Public Service Dr Nigel Clarke.

Private pension funds under management up to December 2019 totalled $701 billion, which the report noted was equivalent to 30 per cent of Jamaica’s economic output, measured as gross domestic product.

Currently, however, no more than five per cent of a pension fund’s assets can be invested in debt or equity issued by private Jamaican companies.

The task force has recommended a review of that limit and, at a minimum, a disaggregation of debt and equity for investments in private companies with separate limits for each category, and an increase in the limit for private equity investments, up from five per cent.

Goffe said such changes would have a positive impact, in that billions of long-term investment capital would become available to be deployed to the local economy, specifically to small and medium-sized companies, which are major drivers of economic growth.

“Disaggregating debt and equity for investments in private companies and increasing the limit for private equity and debt to, say, 10 per cent for each investment class would facilitate the unlocking and redeployment of approximately $70 billion,” she said. “This is a win-win situation for pension funds and for the Jamaican economy as a whole.”

The PIAJ president added a note of caution, however, saying that since private equity investing is a specialised area, the due diligence required by pension fund managers is more extensive than would be the case for traditional asset classes, such as bonds and listed equities.

“As such, the best way for pension funds to approach this asset class is to ensure that any allocation to private equity is managed by experienced investment managers,” Goffe said.

She said it is common for pension funds to gain exposure to private equity via pooled vehicles such as private equity funds, which are managed by investment advisers who specialise in managing this asset class.

Additionally, because the private equity fund usually comprises a large investment pool, it would be able to have a more diversified portfolio, thereby reducing the risk exposure to the failure of one single private equity company.

Prime Minister Andrew Holness appointed the COVID-19 Economic Recovery Task Force on April 27 to examine the prospects and possible plans for Jamaica’s economic recovery in light of the challenges and setbacks brought on by the COVID-19 pandemic.