Court knocks denial of aid to Puerto Rico as unconstitutional 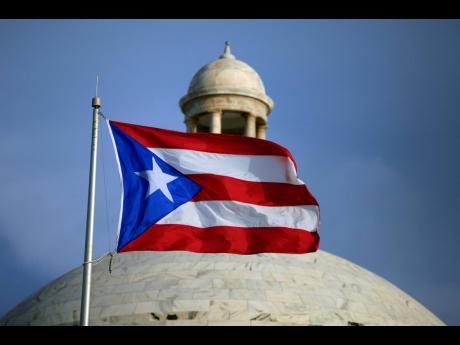 A federal judge on Monday ruled that it is unconstitutional to deny Puerto Ricans living in the United States territory access to three federal welfare programmes in a major decision cheered by many.

However, the judge also granted a two-month administrative stay of the injunction at the federal government’s request, which means the decision for now will apply only to the nine plaintiffs in the case.

Legal experts warned that they expect the US government to appeal the ruling, and if unsuccessful, to take it as far as the US Supreme Court given the millions of dollars at stake.

“It’s a precedent, it’s a significant change, without a doubt. Whether it will be historic depends on its prevalence,” Edgardo Román, president of the Bar Association of Puerto Rico, told The Associated Press.

A US Justice Department spokesperson declined to comment on the decision.

“The federal safety net is flimsier and more porous in Puerto Rico than in the rest of the nation,” he wrote. “To be blunt, the federal government discriminates against Americans who live in Puerto Rico.”

Young noted that the US territory of 3.2 million people has a 43 per cent poverty rate, and that the nine plaintiffs are poor enough to qualify for at least one of the three federal welfare programmes.

He noted that the Northern Mariana Islands have access to SSI benefits, and Guam and the US Virgin Islands to SNAP, a programme that Puerto Rico once had access to until Congress revoked eligibility in 1981. Meanwhile, he said Congress funds substitute programmes in Puerto Rico, “but they are less generous by far”, offering less coverage and smaller benefits.

“There is no doubt that the constitutional violations here are systemic,” Young wrote.

He acknowledged that the US government has provided three rationales for excluding Puerto Rico residents from the programmes: cost, potential disruption to the island’s economy and the fact that those living on the island are generally exempt from paying the personal federal income tax.

However, Young in part argued that Congress could have spread out benefit reductions equally, and that poor people generally do not pay income tax regardless of where they live. He also noted that from 2000 to 2005, Puerto Rico residents paid more in federal taxes than six states and all other US territories combined. In addition, he wrote that in fiscal year 2019, the federal government collected more than US$3.5 billion in taxes from Puerto Rico residents.

Young’s decision also is expected to generate even more discussion about Puerto Rico’s political status as voters face an upcoming non-binding referendum on whether they support statehood.