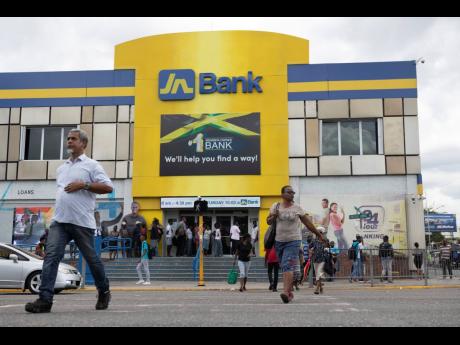 Following on the announcement of an increase in fees and new charges, largely due to what it said was the cost attached to its digitisation programme to facilitate service delivery in accordance with social-distancing requirements, JN Bank has advised of additional fee increases, effective August 17.

The biggest change relates to transfers between own accounts conducted in-branch. The service was previously free, but in two weeks it will start incurring a $1,000 charge.

Previously, in June, the bank had imposed a charge for in-branch cash lodgements, from zero to $1,000 for amounts less than $1 million; and a charge on in-branch withdrawals of $1,000 per transaction, up from $850.

“The changes, slated to take effect August 17, along with other recent fee adjustments, will allow JN Bank to enhance member experience by offering customers greater convenience and increased efficiencies,” the bank said of its reasons for hiking the charges.

The bank has since redirected members to its smart ATMs at which services conducted are largely free of cost, including withdrawals up to $100,000 per day and deposits to an account without the need for a debit card.