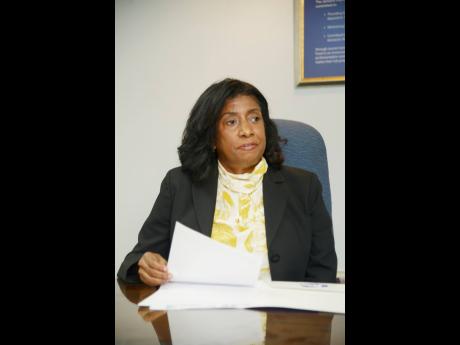 Banking institutions with deposits protected under the Jamaica Deposit Insurance Corporation (JDIC) will not face a premium hike despite the lifting of the limit on protected deposits from $600,000 to $1.2 million.

The JDIC currently has 11 policyholders, all of which pay premium equivalent to 0.15 per cent of their insurable deposits into a deposit insurance scheme overseen by the agency. The scheme will pay out to depositors in the event of a bank failure to the new limit of $1.2 million per bank account.

At the end of 2019, insurable deposits were estimated at $1.1 trillion, which generated a flow of $2.2 billion to the JDIC.

Insurable deposits encompass all the savings in the banking system minus government deposits and the deposits held by banks themselves.

“So the increase in coverage limit doesn’t shift the system too much, and if six banks are failing, we probably would not be using deposit insurance anyway. We would probably be looking at acquisitions and mergers,” she said.

She notes that surplus funds held by the JDIC insurance fund, in addition to measures recently imposed by Bank of Jamaica as banking regulator, negated the need for an increase in premium rates.

The new standards, which have been phased over one year to end in October, require that banks and other deposit-taking institutions maintain a 100 per cent liquidity coverage ratio consisting of cash or liquid assets, that is, holdings that are convertible to cash at little or no loss of value in private markets to meet liquidity needs for 30 days.

“As far as I understand, any liquidity taken up by the banks have been repaid, so the banks are okay to continue business, and it’s a similar case for the credit unions,” said McKain.

The ceiling on payouts to depositors in the event of a bank failure was last increased in 2007, when coverage was also doubled from $300,000 to $600,000 per deposit account.

The current increase arose from a proposal by the JDIC in 2019, which argued that it would serve to boost confidence in Jamaica’s financial system given inflation and exchange-rate adjustments. It became even more urgent with the outbreak of COVID-19.

The measure was approved by Parliament’s Regulations Committee. The effective date for the increase will be announced once the new limit has been gazetted.

“We have been conducting this research from 2018 and thought it would have happened last year, but I think it may be fortuitous, in any event, that it is happening at a time when a boost of confidence is needed, given that many persons have lost their jobs,” McKain said.