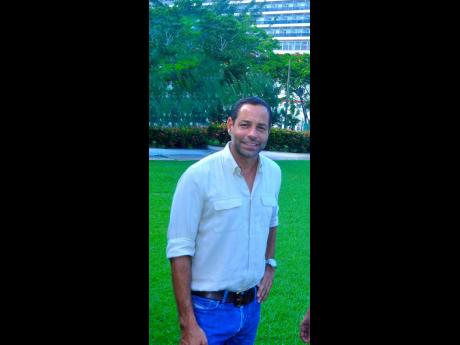 Discounts and bundled packages are becoming the new norm for some of Jamaica’s largest players in the attractions markets as they seek to keep their doors open under protocols that have served to limit access to their primary source of income: tourists.

Tour companies that would normally focus their primary marketing activities around foreigners and the travel trade are looking to locals instead to drive business amid restrictions to fight the coronavirus.

In an attempt to get more Jamaicans through their the gates – particularly over the weekends – the companies have been rolling out package deals.

Marine park operator Dolphin Cove now caters mostly to locals but is trying to operate with some normalcy by opening up the gates to tourists one day per week.

“Once we have bookings, we will accommodate tourists once per week. Midweek is usually slow for our Jamaican crowd, and so on that day, our gates are closed to Jamaicans so that there is no mixing and strict safety protocols are observed,” said Chairman and CEO Stafford Burrowes.

Dolphin Cove operates marine parks in six locations, four of which have been accepting customers since July, following a reopening the month before of the tourism industry.

After testing the waters, Burrowes settled on a four-day week, three of which are targeted at the local crowd.

A similar strategy is under consideration by Mystic Mountain, which is focused on driving revenue from the newly constructed area of the park called Reggae Ridge, which was financed by debt that needs to be serviced.

“Currently, we are only taking locals, and if we do take tourists, it’s going to be on special days so that there is no mixing with the locals,” said CEO Michael Drakulich.

In addition to discounts on rides for Jamaicans, Mystic Mountain has also been running special packages for essential workers.

Chukka Caribbean Adventures, which has only opened two of its seven attractions in Jamaica, also came out with a complimentary river-tubing tour to the island’s doctors and nurses.

The company is also offering the option of a free zipline tour to medical professionals at its facilities in the Dominican Republic with the hope of increasing revenue flow from accompanying family members or friends.

“We have been doing our best to promote through Gustavos and on our own website, with discounts for locals, while focusing on our safety protocols,” CEO of Chukka Caribbean Marc Melville said.

It will be a while before the tour market tallies the full impact on their operations.

They are seeing an uptick in local patronage, but losses are anticipated, especially with COVID-19 cases on the rise, both in Jamaica as well as its primary source market for tourists, the United States.

“We are getting a fair bit of locals, especially on weekends. A little revenue is better than no revenue at all, and we were able to bring back some of our staff,” said Burrowes.

“The big problem I have, though, is that we thought things were under control and that we could get back to normal sooner than later, but the numbers are now spiking,” he said.

Jamaica’s tours and attractions market comprises multiple players, many of them spread along the resort corridor on the north coast.

They are currently operating at around 30 per cent of capacity, on average, based on feedback from the market.

Dolphin Cove, which trades on the Jamaican stock market, reported losses of US$982,354 in the April-June quarter due in part to overhead expenses the company had to carry during the closure of the industry. The loss wiped out the over US$883,298 of profit posted a year earlier.

The marine park’s third-quarter earnings for the period ending September will provide the first read on whether its July decision to reopen helped or worsened its financial position. Those results are due by mid-October.

Burrowes notes that the one plus is that Dolphin Cove is debt free, with a large base of tangible assets and a track record of profitable operations, which puts it in a good position to access additional cash, if needed. The company closed the quarter with cash of US$408,507 and total assets of US$31.2 million.