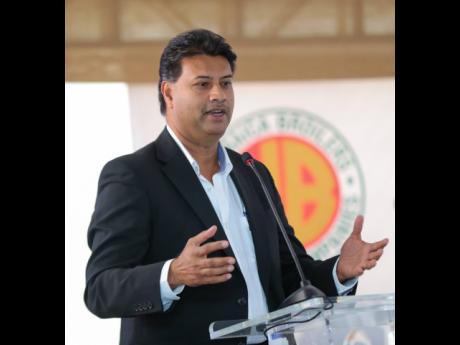 Poultry producer Jamaica Broilers Group is back to production levels of near 90 per cent and has cleared higher-than-usual inventory levels following a loosening in COVID-19 restrictions between June and August, but there are concerns that the performance may not hold over the next three months.

Senior vice-president of operations and finance at Jamaica’s largest poultry company, Ian Parsard, says despite an increase in demand for chicken meat, the company is taking a wait-and-see approach before pushing production numbers back to pre-COVID levels, given the rising cases of the coronavirus nationwide and indications that tighter restrictions are coming. On Monday, the Holness administration announced the tightening of curfew hours from 8 p.m. to 5 a.m. daily and a downsizing of public gatherings from 20 to 15 persons.

Business was already fragile for Jamaica Broilers and other companies due to the country’s worsening economic position, but were starting to improve when the economy began reopening, including the sector on which many companies are dependent for sales – tourism.

But in recent weeks, COVID cases have been climbing, and deaths have tripled since the economy began reopening in June.

Now, the additional restrictions will see Jamaica Broilers doing weekly assessments of the production moves for the company to balance output and demand.

“Things have moved a lot faster than we originally anticipated. We no longer have an inventory issue in terms of a build-up. We have not yet gone back to pre-COVID production levels, but we have substantially increased our production over the last two months, but again, we have to be very flexible,” said Parsard.

“We will assess it on a week-by-week basis because as the COVID-19 cases increase, we are not quite sure if there is going to be a further tightening of the restrictions and what implications that might have,” he told the Financial Gleaner.

In early April, Jamaica Broilers took the decision to slow the number of birds processed to better manage inventory and rationalise production output for its Best Dressed line of products, and feeds, in response to a 40 per cent decline in chicken sales from the closure of the hotel sector and fallout in orders from fast-food operators due to tighter curfew hours.

The past three months, however, have seen the company move from production levels of 65 per cent to 90 per cent and more recently, along with competitor Caribbean Broilers, revised its initial position that the companies would be holding heavy inventory levels until December.

Jamaica Broilers ended its June-August quarter with net profit of $382 million on revenue of $12.5 billion.

Despite the impact of COVID-19 on operations, the first-quarter results came in six per cent higher than the $361 million made in net profit for the comparative period of 2019, owing to cost controls and an uptick in demand.

But those numbers may not hold for Jamaica Broiler’s September-November quarter.

“With the new curfew hours, we are already seeing it starting to impact quick-service restaurants, so we just have to be very fluid in terms of what we do in these times,” Parsard said.

Fluctuations in the foreign exchange rate, which averaged $150.08 in August, could also impact production costs. But Jamaica Broilers says it will not be increasing the prices of its Best Dressed chicken product.

Rival CB Group this week implemented a five to eight per cent increase, partly due to increases in production costs attributable to the depreciation of the local currency.