Francis Wade | How to listen productively in a negotiation 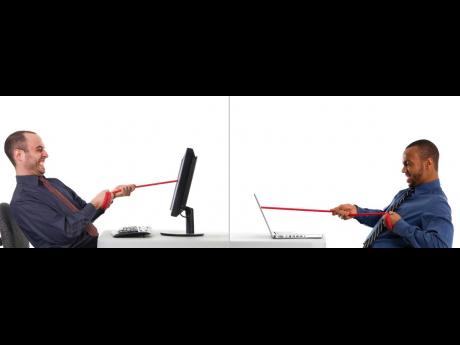 The task of negotiating with other people is part and parcel of business life. However, many hate having to do so, and a large percentage do so ineffectively.

One cause is that most focus on the quality of their speaking, fixating on what they need to say. By contrast, masterful negotiators take a different approach: deep listening.

Years ago, I had the fortune of picking up Getting to Yes by Roger Fisher and William Ury. This classic book on negotiations outlines several principles, one of which is to listen keenly to uncover the true intent behind someone’s position.

The idea is simple enough: when people are in a negotiation, the job of making requests of their counterparts is unavoidable. On the surface, it seems to be a battle of wills: each side asks for what it wants, repeatedly, until the other concedes or refuses. The best tactic is to figure out how to get what you want while giving away as little as possible.

However, Fisher and Ury advocate a different frame: a ‘win-win’ in which both parties benefit. As you may imagine, there are a number of positives to be derived from this approach even though it requires more skill. Among them is the ability to listen powerfully to what the other party is not saying aloud.

The fact is, each of us asks for stuff we want all day. However, especially when the stakes are high and emotions are raw, we unwittingly hide our true needs and emotional wants behind words. It simply feels too risky to be honest.

But we aren’t being sneaky. It’s just that emotional intent doesn’t translate neatly into actions or objects. For example, a husband who asks his wife to make a cheesecake for his birthday isn’t necessarily asking her to procure a baked good and may be upset when she purchases one from a store.

For him, the intent is to experience her love and care, which means seeing her sacrifice time and attention in the kitchen making the cake from scratch. He may unwittingly want to relive a memory provided by his mother.

But his actual words, 'Would you bake a cheesecake for my birthday?', don’t convey his entire intent. Therefore, the mismatch between the two could result in a marital spat, or in the business world, a failed negotiation.

How can you get past this sticking point if you find yourself in a similar spot?

Skilled negotiators know how to use their intuition to discern such subtle gaps. Something deep inside them indicates that all is not well. However, you may find that your MBA-like training leads you to pay attention to the logic of what is happening: the discernible facts.

But that is not enough. Furthermore, detecting uneasy feelings is necessary but not sufficient. Once the inner shift is realised, you must translate the sensation into accurate words.

This is a bold step. It is a request to stop the negotiation in order to investigate a mere hunch based on intangible emotions. Unfortunately, most people self-censor, telling themselves not to be silly and to move. When they do so, everyone loses.

If you would like to move past sticking points in your difficult conversations, it pays to tune in to your inner feelings, and speak up.

If you do call a time-out, and things seem stuck, it could be that you are giving the other party exactly what they are asking for, but it is not enough. This is a moment when your intuition can help you probe for deeper reasons.

"I know you asked for cheesecake, but why do you want that for your birthday?"

This is a masterful move in any negotiation because you are probing behind the stated position to see why it was raised in the first place. But this is more than curiosity.

Going deeper opens up a range of possible solutions. For example, the smell of home-cooked cake on a special day could be satisfied by other kinds of baked goods that are easier or less expensive to make.

When you expand the number of options, a win-win becomes far more likely. Plus, when you probe their hidden commitments, it shows that you care. It is as if you are setting aside the overt demand for cheesecake in order to give the other person what they really want.

In this context, this kind of listening is powerful as it invents brand-new outcomes, which neither side could predict beforehand. Without explicitly saying so, the two opposing sides are now working as a team.

For a breakthrough in negotiations, start by deeply listening beyond the words to yourself and the other person’s true needs.