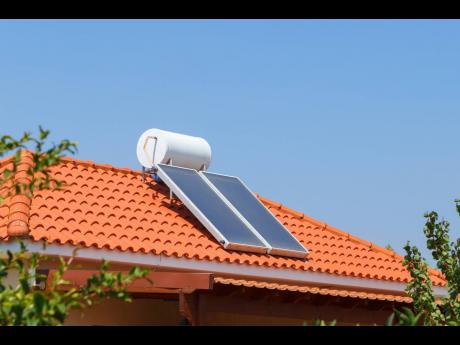 FINANCIAL ADVISER: Property tax is paid by all property owners, except the Crown and exempted organisations, such as churches, schools, registered charitable organisations, as well as private hospitals and social and cultural organisations approved by the minister. Crown land is land owned by the state.

Because the owners of land are required to pay the property tax payable on such property, they are required to have their names on the valuation roll. When the ownership of land changes, by sale, for example, the transfer instrument has to be completed so that the name of the new owner can be registered on the title at the Land Titles Division of the National Land Agency.

Periodic valuations are made by the Government to establish the unimproved value of the land on which the tax is made. Unimproved value refers to the market value or what the land itself could sell for, not taking into consideration improvements on the land like buildings and crops. The property tax rates are set by the Ministry of Finance.

Among the factors taken into consideration in establishing a value for the land are the following: the size of the parcel of land, land use, development potential, soil class, and topography, that is, the natural and artificial features of the land.

A taxpayer who is dissatisfied with the valuation, may, within 60 days of service of the Notice of Valuation, serve a Notice of Objection on the Commissioner of Land Valuations. It is not permissible to appeal on the grounds that the tax is too high. The following are the only valid reasons for objections:

• The value of the land assessed is too high or too low;

• The lands that should be included in one valuation have been valued separately;

• The lands that should have been valued separately have been included in one valuation;

• The persons named in the notice are not the owners of the land.

If the objection is to the value assessed, the taxpayer may also submit a Declaration of Value on the prescribed form indicating the amount for which, in the opinion of the property owner, the land should be valued. These should be submitted along with a Notice of Objection.

Property tax is due and payable on the first day of April in each year. A penalty of 10 per cent is payable if tax is not paid within the month of April.

The revenue the Government earns from property tax is used to fund property-related services such as the collection of garbage, expansion and maintenance of street lighting, community infrastructure and civic improvements, repairs to fire stations, and rehabilitation of the parochial road network.

There are mechanisms by which people may seek relief from property tax where special circumstances apply. There are three types of relief, namely, statutory relief, agricultural derating, and special discretionary relief.

Statutory relief is granted in cases where the valuation, based on the potential use of the land, is higher than the current use. An example of this is land in an area that was residential becoming commercial. In such a case, land values would increase to reflect the values typical of commercial property.

Agricultural derating is granted for a period of up to three years for land used primarily for agriculture, and special discretionary relief is granted by the Ministry of Finance in cases of hardship, for example, pensioners and other persons with fixed income as well as the aged and persons with disabilities.

Who the owner of a parcel of land is does not determine how much property tax is to be paid on it. Rather, it is based on the value of the property.

But, because several factors are considered in establishing property values, two parcels of land of equal size may have vastly different values and, therefore, be assessed with significantly different levels of property tax.