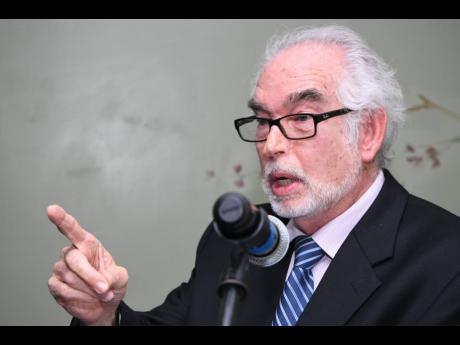 Since reopening in July, after the COVID lockdown, the dolphin attraction has been catering mostly to locals, but is gradually opening up the gates to tourists, who are now being catered to two days per week. Soon, the company plans to up that to three days, facilitated by the relaxing of COVID-19 quarantine requirements for American travellers on their return home to the United States.

“When the Americans leave, there is no quarantine for them, so it makes it much easier for someone who has only two weeks’ vacation to travel. For other destinations like Canada, where there is a quarantine on return protocol, it’s a deterrent to travel,” Chairman and CEO Stafford Burrowes told the Financial Gleaner following the company’s annual general meeting on Wednesday.

“But things are starting to pick up,” he said.

On the days when Jamaicans usually visit the park, the attraction is closed to tourists so as to ensure that strict safety protocols are observed. Dolphin Cove is currently operating four of its six parks.

In 2019, the company made a profit of US$1.7 million, but so far this year, with the lockdown of the hospitality industry, including all attractions, Dolphin Cove is in the red to the tune of US$273,000.

“Because of the staff reduction and reduced maintenance costs on some facilities, we are breaking even; and if it picks up even more by December, we should start to make a profit,” Burrowes said.

During its annual general meeting on Wednesday, Dolphin Cove passed a resolution to amend its articles of incorporation to allow for shareholder meetings to be held wholly or partially by electronic means.