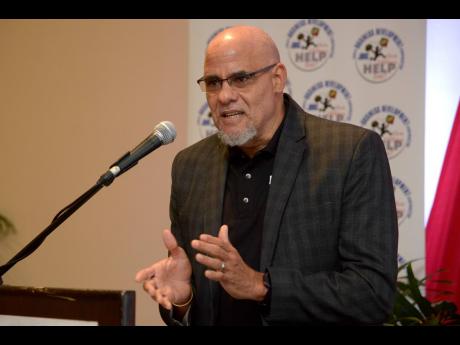 Keith Duncan, chairman of the Economic Programme Oversight Committee, EPOC, government is on track to meet the quantitative performance targets for its economic reform programme for end-June 2020, based on the preliminary numbers.

The Holness administration had adjusted its budget and fiscal targets after the virus was detected in Jamaica.

At the latest EPOC briefing on Friday, Duncan said inflows to the Treasury were nearly $10 billion above budget, at $161.7 billion, largely due to higher-than- projected tax revenues.

The Jamaican Government, GOJ, collected $143.9 billion in taxes, which was 7.5 per cent more than it expected.

Expenditures at $212.7 billion exceeded the inflows, leading to a fiscal deficit of $50.9 billion, However, Duncan said the deficit was smaller than expected. The Government had estimated that the gap between what it earned and what it spent as at June would have been around $59.6 billion.

The Government’s two largest expenditures are compensation for public-sector workers and its debt-servicing obligations.

The primary balance was also in the red, at $10.8 billion, but was $7.1 billion, or 39.7 per cent, ahead of the budget target due to higher-than-expected inflows of revenue and grants.

On the monetary front, over which the central bank holds sway, Duncan said that while non-borrowed reserves as at the end of June was US$2.66 billion, ahead of the target of US$2.58 billion, the Bank of Jamaica projects that it will be US$320.3 million below the targeted floor of US$2.61 billion to settle at US$2.29 billion at end-September.

As at September 7, gross international reserves stood at US$3.63 billion and remains above the 100 per cent reserve adequacy ratio, at 105.8 per cent.

The net international reserves, NIR, was estimated at US$2.65 billion as at September 7,, haven fallen substantially from US$3.24 billion at end-March.

But Duncan said the NIR’s decline is expected to slow, and the reserves are projected to close fiscal year 2020-21 in line with the projection of US$2.47 billion.

That decline is predicated on the non-repetition of some of the measures implemented by the central bank in the first half of the year, repayment of some of the loans issued earlier, and further support from multilateral financial institutions.

Further, net remittances have been buoyant, with an increase of 20.9 per cent for the period April through June 2020 relative to the same period the previous year, he said.

The projections also assume some improvement in tourism receipts over the year, especially during the 2020-21 winter season.

“The recovery of the tourism sector will be critical to Jamaica’s recovery and our earning of foreign exchange to ensure that we minimise our call on our net international reserves,” the EPOC chairman said.

“Jamaica’s recovery is predicated on tourism’s recovery from a baseline for the April to June 2020 quarter, where we saw tourist arrivals and visitor expenditure of 7,188 and US$16.2 million, respectively, a downturn of over 98 per cent for both indicators relative to the similar period in 2019,” he added.

Duncan noted that the Jamaica Tourist Board also indicated that for the period July to August, tourist arrivals of 85,754 were 87 per cent lower relative to the 2019 period.

“The GOJ and the tourism sector need to ensure that the successful work done in creating the safe corridor is built on and effectively marketed,” Duncan said.

“This is vital for the country to get the necessary levels of forward bookings and give ourselves the best chance to be ready for the winter season,” he said.

“However, if all of us as citizens diligently practise the infection-control protocols and the GOJ continues its proactive and prudent macro-fiscal management, along with its efforts in managing the spread and the impact of the COVID-19 virus, we will give ourselves the best chance to see a sustained recovery of our economy, jobs and businesses over time,” Duncan said.