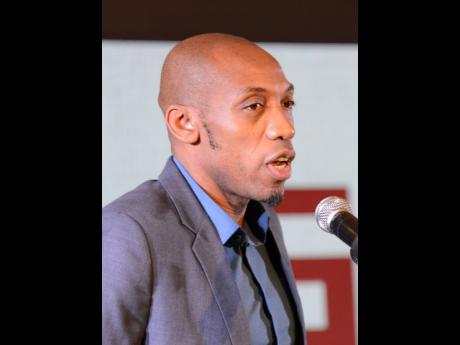 Shareholders on Tuesday gave the nod to boutique private equity firm Sygnus Credit Investments Limited to approach the stock markets for fresh capital by way of an additional public offering of shares, or APO.

Sygnus Capital Chief Investment Officer Jason Morris declined to disclose the amount of funds to be raised ahead of the release of the APO prospectus.

The company says it has a ‘very robust pipeline’ of investment lined up, and that the US$16 million it has on hand is not sufficient to cover the waiting projects.

“We have about US$5.5 million from our balance sheet and another US$10.7 million in undrawn facilities,” said Morris.

“I cannot say the magnitude of our pipeline but what I can say is that the level of liquidity that we have is nowhere near enough satisfy the deals that we have lined up,” he said.

Sygnus Credit also holds US$23 million in liabilities of which US$15 million is medium-term debt, according to its latest financials. Morris told shareholders at Tuesday’s extraordinary general meeting that the company wants to pay down US$10 million in bridge financing so as to reduce interest costs.

The CIO later told the Financial Gleaner that Sygnus borrowed the US$23 million at an average rate of 6.18 per cent.

“There is this US$10 million bridge note which is really short-term financing, and while at year end we had drawn down US$5 million of that, the situation now is such that we want to clear off that liability. The fact is that we took that financing at a time when the money markets were basically closed,” he said.

Morris said, however, that the company was moving cautiously in its dealings, saying its invested funds does not exceed 20 per cent in any one sector in the portfolio to manage its exposure.

“Our primary objective in terms of risk management is to minimise actual losses,” Morris told the Financial Gleaner.

“We do proactive risk management by repositioning of the company’s capital structure or even company restructuring to preserve the business as a going concern. We also have open lines of communication with these companies and we are agile in responding to perceived needs,” he said.

The release of the prospectus for the APO is expected ‘soon’, Morris said.

Sygnus Credit is listed on the main and USD markets of the Jamaica Stock Exchange. The company is managed by Sygnus Capital.