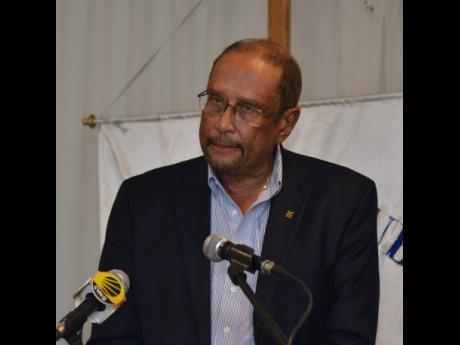 Caribbean Flavours & Fragrances Limited, CFF, wants to triple its earnings from outside Jamaica by 2022 and will be rolling out a line of flavours made from locally grown agricultural crops to hit the target.

Less than 10 per cent of CFF’s $462 million of annual revenue in 2019 came from international business. But the company has since invested over $15 million to beef up its laboratory and personnel, and conduct research and development, R&D, in an attempt to get overseas sales up to 30 per cent.

“In order to get the majority of those products to market, we are looking at a minimum of $30 million to $40 million. We have some products, so now we are looking at cost of production, production capacity, identifying partners and ensuring that our supply chain is good,” Chairman Howard Mitchell told the Financial Gleaner following CFF’s annual general meeting, AGM, on Wednesday.

As expected, CFF shareholders gave their approval for an increase in the company’s share capital from 91.452 million to 2.6 billion units at the AGM, paving the way for the company to execute a 10-for-one stock split.

A few of the products under development by Caribbean Flavours are expected to be released on the market by year end.

The company began eyeing larger export markets after securing the Safe Quality Foods Certification. The revised target to triple overseas sales, however, comes after less- than-desirable results on the company investments in a sugar-reduction substitute – FlavourFit – and a downturn in sales for the flavours segment of the business since the outbreak of COVID-19.

In response to the pandemic, CFF has turned to the development and supply of sanitisers, along with sale of disinfectant and hand soaps, to drive business.

“The outbreak of COVID-19 has pushed the policy initiative for nutrition somewhat down on the agenda, but once schools physically reopen, we have confidence that, over time, FlavourFit will do well,” Mitchell said.

CFF’s current focus is on ramping up business in the essence and flavours segment and has identified ginger as one of the agricultural crops it is targeting for the export market.

“Without waking up the competition too much, Jamaica is known for its flavour profile with its agricultural products. A combination of soil element and our climate has given us excellence in areas like coffee, turmeric and in many of our herbs and spices,” said Mitchell.

“It is our thrust to develop those essences, use the Jamaica brand, and work with international partners to push those products,” he said.

The company already does business in the Caribbean, but the chairman said it is now receiving interest along the East Coast of the United States in the essence and high-end culinary markets.

It’s dually focused on securing those markets as well as exploiting opportunities for import substitutions in the domestic market.

“Because of the uncertainty of trade nowadays, the demise of globalism is going to mean more of a ‘every man for himself’ attitude,” he noted.

“So we want to vertically integrate into our factory, resources and local raw material supplies, and strengthen that base. That is what we see, and that’s why we are going in this direction,” he added.