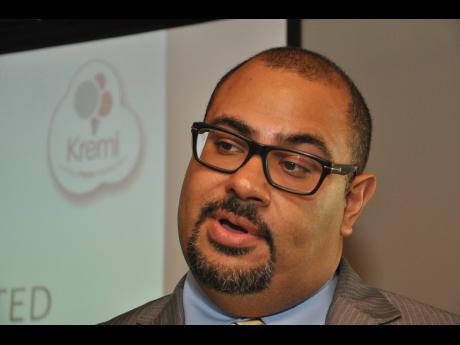 Caribbean Cream Limited, which trades as Kremi, has pumped $60 million into the acquisition of a half-acre of land that sits next to its head office at 3 South Road in Kingston.

The sale, which was completed in June, follows on a $65-million investment the company made in a new production line for frozen novelties last year, used for making its own line of icicles.

The products bring direct competition to Helados Bon icicles, which are imported from the Dominican Republic, as well as imports from the United States and Trinidad & Tobago.

Over the past five years, Kremi has constructed a warehouse to allow for more storage of raw materials, increased its factory floor space by 50 per cent, and has also expanded the capacity of its cold room and blast freezer.

Kremi is one of two large manufacturers of ice cream in Jamaica, the other being Crazy Jim, but has been working to increase its market share, which, according to the company, currently stands at 55 per cent of Jamaica’s ice cream market.

The acquisition of the property at 1 South Road fits into that plan. But CEO Christopher Clarke says Kremi has not yet made a decision regarding the precise use to which the property would be put.

“The decision to buy the land was made long before the transaction took place and long before COVID-19. The general thought was that we were running out of space and needed some more, but we do not know exactly what we are putting on the land as yet,” Clarke told the Financial Gleaner.

For its first quarter ending May 2020, Kremi made profit of $27 million on revenues of $429 million, despite a slowdown in frozen novelty sales amid COVID-19 restrictions on imported products.

Nonetheless, Kremi was able to maintain sales through community deliveries of its core ice cream products which are made in Jamaica. For the quarter, sales were $12 million above the near $418 million of revenue reported in the March-May period in 2019, while profit rose by more than $6 million from $20.6 million.