DHL commands more than half of $8b courier market 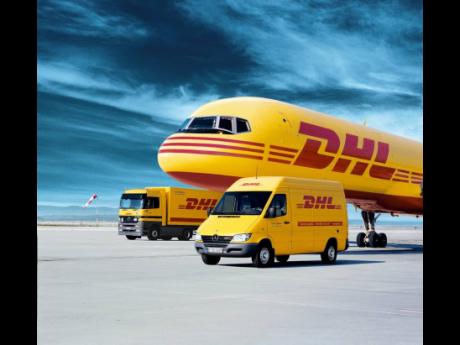 DHL Jamaica holds the bulk of the US$53.5-million ($7.8 billion) import parcel market, inclusive of the movement of business bulk online orders and even friendly care packages, according to the Fair Trading Commission, FTC.

“DHL is the market leader with significantly more than 50 per cent of market share,” said FTC Executive Director David Miller, an assessment he arrived at following an agency review of the courier service sector.

During 2019, freight forwarders transported goods to Jamaica with a declared cost, insurance and freight, or CIF, value exceeding US$53.5 million, according to a recent FTC Staff Opinion Report on a fee DHL previously charged, but had withdrawn at the time of the report.

In giving its opinion on the fee and its implication for the market, the FTC made an assessment of the total market, using the 2019 data obtained from the Jamaica Customs Agency. Miller said they were unable to get 2018 or 2017 data up to the publication of the report.

DHL Jamaica did not respond to requests for comment, but based on Miller’s take, its share of the market would be valued at significantly more than US$27 million. Its chief competitor, Fedex, holds the lion’s share of the remaining courier service market, FTC said.

DHL International, based in Germany, operates a global system of 238 gateways and more than 440 hubs, warehouses and terminals. The report said that the growth of imports from the Eastern Hemisphere accounted for DHL’s market lead.

“Accordingly, suppliers – exporters outside Jamaica, especially in the eastern parts of the world – tend to engage the respondent [DHL] for freight services to Jamaica,” stated the report.

“The top two participants, DHL and Fedex, control at least 90 per cent of the market, and the HHI is significantly above the 2,500-point threshold used to classify markets as being highly concentrated,” it said. The HHI, or Herfindahl-Hirschman Index, measures supplier concentration in a market.

Miller declined to reveal Fedex’s market share. The other top names on the list are locally operated Shipme, Mailpac and UPS Jamaica. The latter two are operated by Norbrook Capital.

“UPS and Mailpac combined are not larger than Shipme,” said Miller, regarding the standing of the local rivals. He added that there were other smaller companies not included in the report due to size.

The report describes the courier services industry as characterised by a logistic chain interlinking its various players. The movement of goods is first prompted by a local importer who purchases goods from a supplier in another country. The courier service or freight forwarder picks up the goods from the supplier, customs clearance is performed at the port of origin, the package is shipped, cleared again at the port of destination in Jamaica and delivered to the importer.

The activities involved in moving the goods from the supplier to the importer often involve several entities along the logistic chain.

The value for the courier sector outweighs parcel shipment earnings by Jamaica Post, which processed 151,000 parcels through its post offices earning $1.2 billion in revenue in 2019 fiscal year, according to data from the Post and Telecommunication Department published in the Econo mic and Social Survey Jamaica 2019.

Jamaica Post partners with DHL for export of parcels at select post offices across the island, through a service called ‘fast track’.

In July, the FTC ruled against a US$25 turnover fee developed by DHL Jamaica Limited, which it targeted at firms offering customs broking services, arguing that it could lessen competition.

The fee was briefly implemented by DHL Jamaica in 2019 on certain parcels. It was applicable only to customers utilising the customs broking services of third parties at the port of entry in Jamaica for packages landed by DHL. Such entities compete directly with DHL for customs brokerage and last-mile delivery services, the report stated.

DHL Jamaica voluntarily withdrew the broker turnover fee without collecting any sums arising from its implementation. But it also subsequently requested the opinion of the FTC as to whether the fee’s implementation fee would contravene the Fair Competition Act.

The FTC, in the Staff Opinion, concluded that it would, due to the market reach of DHL, while noting that it would challenge any attempt to reimpose it.

“DHL’s implementation of the broker turnover fee was determined to be an abuse of its dominant position, as it is likely to restrict entry or expansion in the market for customs brokerage services in Jamaica,” the report concluded.