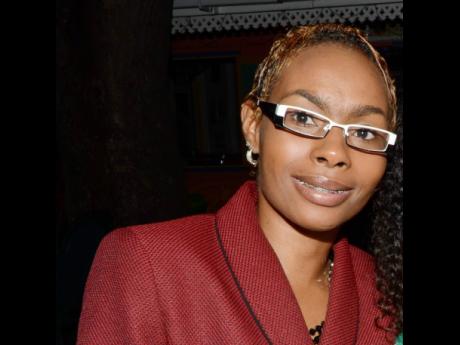 Key Insurance Company, a subsidiary of the GraceKennedy conglomerate, aims to double its revenue to $2.7 billion in five years, arguing that its rights issue will set the stage by providing the capital needed to grow its important motor portfolio.

Key currently holds three per cent of the market in a field of 11 active general insurance companies and remains on track to earn $1.3 billion in annual revenue by December 2020 financial year end.

“We believe we can double the market share of Key over two years,” said Chairman Don Wehby at the company’s annual general meeting.

GaceKennedy Limited, of which Wehby is the Group CEO, took over Key Insurance as a failing entity in need of capital and immediately set about designing a programme to reinvigorate the business and reshape the board and management.

Shareholders at the meeting on Thursday evening backed the board’s plan for the issue of 122.8 million new shares through a rights issue, concurrent with the increase in its authorised capital from 496 million shares to 700 million. The board of directors will determine whether to adjust the size and price of the new shares set to hit the market.

“We hope the rights issue will come before the end of the year,” said Wehby.

GraceKennedy now owns 65 per cent of Key Insurance. Since the takeover in March, Key’s market value has climbed fourfold from $774 million to more than $3 billion.

General manager Tammara Glaves-Hucey, who was installed by GK after the takeover, told shareholders that under the company’s growth, annual premiums are projected to move from $1.3 billion in 2020 to $1.9 billion in 2022 and then to $2.7 billion in 2025. She expects the economic effects of COVID-19 pandemic to linger for another three years but not enough to lead the company into decline.

Glaves-Hucey said the path to profit focuses on four pillars: growing Key’s customer base, growing its motor and bike policies, reviewing its corporate structure, and increasing its operating efficiency.

Despite the improvement in efficiencies since acquisition, the company, over six months, from January to June, netted heavier losses at $364 million compared to $183 million a year earlier. Those losses, Glaves-Hucey said at the meeting, were mainly due to one-off reinsurance costs. She added that Key’s had reduced its losses by 80 per cent in the second quarter, April to June, to $25 million, relative to a $145 million net loss over the same period in 2019.

“The intention is to turn the company back into a profitable one, that is, also, a leading motor insurer,” she said.

But first, the company needs to bolster its capital, which now stands at $184 million – a year before that, Key’s capital was estimated at $697 million – and is still underperforming its minimum capital test, or MCT ratio, under which its regulatory capital needs to total over 250 per cent of certain risk carried by the company, Glaves-Hucey acknowledged. The additional capital would allow the company to take on more insurance policies on its books without violating capital requirements.

In order to get back into compliance with the MCT, the plan includes selling property owned by Key at Knutsford Boulevard New Kingston and raising capital through the renounceable rights issue, Glaves-Hucey said.