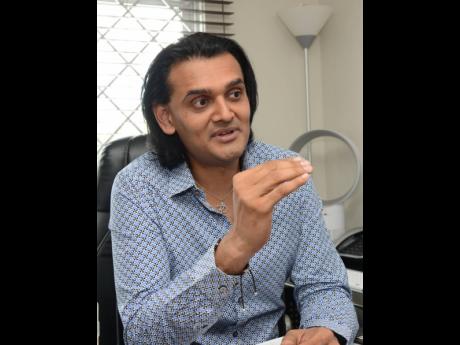 Technology firm Amber Group has secured a deal with four other Caribbean countries on what it describes as a tech tool for travel authorisation and border management, which includes the capability to track suspect coronavirus cases in quarantine.

The British Virgin Islands, St Lucia, Turks & Caicos Islands and Grenada have joined Jamaica in implementing the electronic health-risk, travel authorisation system developed by Amber, which declined to disclose the terms of the agreements. This comes as the Caribbean gets ready for the traditional start of the winter tourist season in mid-December.

The solution, first implemented in Jamaica as JamCOVID after the country closed its borders in March, is an interactive website and mobile application touted by Amber as one of the world’s first technology health-risk management and travel authorisation systems. It allows governments to preapprove travellers and control their entry, as a management tool against the spread of COVID-19 health cases, the company said.

“Turks & Caicos was deployed a month or so ago, and Grenada, BVI and St Lucia are all going fully live on Monday,” said founder and Group CEO of Amber Dushyant Savadia.

“With each iteration and deployment across the region, we continue to add new enhancements to the overall platform,” he said.

Premier of the BVI, Andrew Fahie, said in a statement that the new tech solution was a vital public health tool as the territory reopens to visitors.

“As we look forward to the fuller expansion of our tourism industry’s controlled, balanced and managed reopening, such as the authorisation of overnight stays in the maritime industry, prospectively, as of 8th December, this system will also be helping us with the monitoring and tracing of visitors and helping us to build our Virgin Islands database,” the premier said.

Turks & Caicos also sees it as a control tool against spread of the virus as it moves towards the ultra-busy winter season.

“We feel that this solution will be a critical component in helping to manage the pandemic, especially as we move into the traditional tourist season to get us ready to host returning residents and visitors alike,” said Permanent Secretary in the Ministry of Tourism, Cheryl Jones.

Savadia says the tech tool allows governments to screen visitors before they arrive in the country through a digital link across ministries and other agencies.

It also links the initial screening information entered by visitors at immigration checkpoints to a secure digital health folder generated for each person entering the country, Amber said.

Authorised officials can digitally record high-risk cases, isolate where necessary, and track those who come into close contact with affected persons to better manage risk, Savadia told the Financial Gleaner.

In cases where individuals are placed in quarantine, the technology enables random video check-ins, and alerts when breaches to geofencing occurs. In addition, citizens and visitors are able to self-report their health status and book appointments for testing if they are exhibiting symptoms of COVID-19 and request emergency services, such as the police or ambulance services, Savadia said.

“It is a complete end-to-end solution which allows the government to have a health folder for every single person in country who is positive and symptomatic, or those arriving from abroad who may carry that risk,” the CEO said.

Savadia said Amber developed JamCOVID within three days and made it available for free to the Jamaican Government under its corporate social responsibility programme. He said there were some teething pains in the implementation, which he noted was not the fault of the technology, but was due to the fact that Jamaica’s health authorities were stretched to the limit at the time.

Workarounds such as allowing for instant approval and the physical presentation of COVID-19 negative certificates have proven helpful, he said.

Although Amber did not bill Jamaica for the creation of JamCOVID, the other countries are being billed for development of their systems and will pay a monthly licensing fee for maintenance and system upgrades. Savadia, however, declined to comment on the value of the contracts, saying the information was confidential.

Amber also bills the Jamaican Government for additional features and customisations of JamCOVID, “at discounted cost-recovery rates,” he said.

Beyond the five countries with which it is now working, Amber is fielding enquiries in and outside the region.

“What is spreading in all those places is that the Amber system is the only end-to-end pandemic management software. An unintended consequence is that we are now exporting a software product developed right here in Jamaica,” he said, by which he meant it was a happy coincidence.

Amber Group was founded in Jamaica by Savadia and became operational in 2015 with the launch of a vehicle-tracking system called Amber Connect.