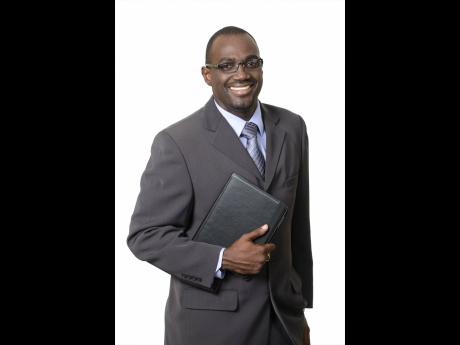 File
Oliver Tomlinson, president of the Insurance Association of Jamaica.

The insurance industry, though initially challenged, has not, up to now, fared as badly from the economic downturn caused by the COVID-19 pandemic as the sector and regulatory authorities had been bracing for. That’s the assessment from the new president of the Insurance Association of Jamaica, IAJ, Oliver Tomlinson.

Still, sector regulator Financial Services Commission, FSC, has submitted recommendations to the Government for legislative action, which the commission says will further secure policyholders, protect companies, and ensure the continued macroprudential integrity of the sector.

Officials of the FSC are tight-lipped on the proposals placed before the Ministry of Finance & Planning, and would not speculate about the timetable for the Government’s response in the form of a new policy and law.

They confirmed, however, that the submission relates to capital adequacy and the methodology of its calculation. The proposals also follow extensive consultations with stakeholders, including policyholders, insurance companies and the Bank of Jamaica, BOJ, among others.

The FSC’s action comes as the central bank has also stepped up its monitoring of the health of the country’s financial system in the wake of the pandemic, issuing a macro-prudential policy report in October and signalling another for November. The BOJ’s October report has flagged the need to “mitigate and prevent excessive credit growth and leverage; mitigate and prevent excessive maturity mismatches and market illiquidity; limit direct and indirect exposure concentrations; limit the impact of interconnectedness and systemic importance; and strengthen the resilience of the financial system”.

In a prepared response to Financial Gleaner questions this week, the FSC said: “There are several legislative matters that are for consideration, but none specific to the COVID-19 pandemic. Nevertheless, the FSC continues to fulfil its mandate to safeguard insurance policyholders and the industry at large.”

Industry sources say changes to the computation of the 250 per cent capital adequacy and solvency measures – that is, the MCT, or minimum capital test, for general insurers, and the MCCRS, or minimum continuing capital surplus requirements, for life insurance companies – have been among the issues the sector raised in talks with the FSC. This move, it is felt, would free up some capital for investing and promoting growth in the economy, while continuing to ensure enough cash on hand to pay claims from policyholders.

“The FSC is currently doing a quantitative impact study to see how that will play out for the life companies – which is the MCCSR, but for the general companies – the MCT, I think they have basically settled that. With life companies going through the QIS, we wait to see what that brings up,” the IAJ’s Tomlinson told the Financial Gleaner.

Jamaica’s insurance sector comprises 19 registered companies, with $440 billion in assets among them, up to the March quarter of this year, mostly capturing activity before the pandemic. The solvency ratio for the life insurance companies was then estimated at 43.7 per cent, more than four times the FSC regulatory benchmark of 10 per cent; while general insurers had a ratio of 38.7 per cent, which was above the FSC regulatory benchmark of 25 per cent, according to the most recently released data on the sector. No MCT estimates were included in the data available to the Financial Gleaner.

It is felt by some in the industry that extended plans put in place for the payment of premiums by policyholders, especially in the early months of the pandemic, and the resulting increased receivables carried by some insurance firms, helped to ensure that persons continued to be covered rather than policies cancelled to cut receivables. The FSC would be aware of this, with firms required to report more frequently than their annual audited accounts on key solvency-related metrics.

“There have been no official solvency adjustments made by the FSC. Such adjustments would require legislative amendments because these requirements are stated in law,” the regulator made clear.

For Tomlinson, there is nothing to suggest that the pandemic has caused any capital-adequacy issues for the sector.

“Industry-wide, there are no real issues with receivables. What some companies did was to extend their grace periods to allow for persons to pay (premiums). Initially, persons were tentative, but after that, customers would have felt better and therefore, there was nothing required from the authorities,” the IAJ president said.

He conceded that since the pandemic, and especially in the second quarter, new sales slowed as persons were unwilling to make long-term commitments. The COVID-19 coronavirus was first detected in China around last December, spread around the world in the months following, and was first detected in Jamaica eight months ago, on March 10.

The insurance regulator confirmed that it has stepped up monitoring, including administering a pandemic stress test for insurers.

“Earlier this year, the FSC rolled out a raft of initiatives for enhanced industry supervision. These include, inter alia: enhanced monitoring of the insurance and securities sectors, with more frequent reporting cycles for critical indicators of liquidity pressures and/or credit-risk developments, and requirements for stress-testing of pandemic effects; enhanced dialogue with regulated entities in respect of their expectations for capital adequacy and any required remedial actions; notification requirement regarding the payment of dividends, to allow for adequate regulatory response,” the regulator said.

“We will continue our enhanced prudential and market conduct supervision of the industry. We also continue to review and investigate complaints from policyholders.”

The FSC is not divulging the results of the insurance sector stress test, citing legal restrictions.

The IAJ president was more forthcoming.

“At the onset of the pandemic, the FSC asked all the (insurance) companies to complete a template outlining some adverse and severely adverse situations, and asked us to put together some numbers for them. They have not come back to us with anything on an industry-wide basis. What they have done is to reach out to some individual companies where they saw those companies might have fallen short based on the criteria they had set out,” Tomlinson said of the stress tests.