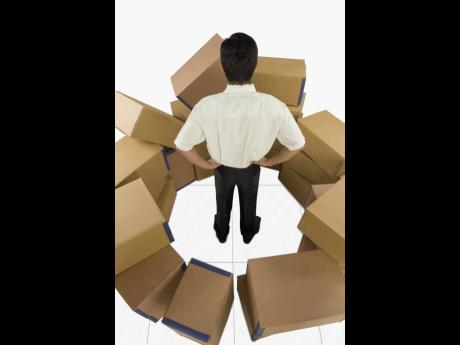 Operators in the corrugated box-making business are back on track with plans for expansion and in a jostle to increase market share, but are doing so with the realisation that, COVID having changed the demand dynamic, they need to find new avenues for revenue.

Jamaica Packaging Industries Limited, JPI, is reporting a large decline in revenue of some 40 per cent over three months, April to June, which came from a slowdown in orders from exporters of agricultural products, such as yams.

Its main competition, AMG Packaging & Paper Company Limited, has seen a smaller dip in sales of around 15 per cent during the lockdown period – its fallout being linked to reduced orders for packaging from baking companies across Jamaica as a once reliable and lucrative distribution channel for food companies, the schools, remain shuttered against the virus. The reopening of the economy began in the first week of June.

Jamaica Packaging and AMG Packaging primarily deal in the manufacture of corrugated boxes for industrial and commercial purposes. But a third manufacturer, Red River Limited, has been silently chipping away market share in the commercial arena and is also going after business in the personal packaging space.

The market also includes importer Sterling Packaging Limited which operates in Kingston and has been making inroads with its imported boxes.

Efforts by the Financial Gleaner to connect with executives behind Red River have been unsuccessful – persons with knowledge of the packaging sector say its operators keep a very low profile – but records from the Companies Office of Jamaica show that the company has been operating in Jamaica since 2005 and is held through an offshore registered company called Terrafino Limited.

Corrpak was founded business partners Howard Mitchell and the late Raymond Chang, who passed in 2014. Mitchell said the late investor was no relation to the Raymond Chang that is associated with Red River.

JPI has operated in Jamaica for more than 65 years and is currently headed by Joy Roberts-Williams.

“When the country was in lockdown, we were hit by almost a 40 per cent decline in sales, but as the economy reopened, we’ve seen a gradual improvement in orders coming in. We’ve also seen an uptick in carton orders from our water manufacturers,” Roberts-Williams told the Financial Gleaner.

The company is weighing strategies aimed at getting back to Pre-COVID levels by next year, including seeking out new business from young entrepreneurs looking to export their products.

AMG Packaging, meanwhile, is moving ahead with expansion plans through which it aims to double capacity at its Retirement Crescent complex by the time its next fiscal year rolls off at end-August 2021.

Those plans include a new warehouse and a new line of boxes made from recycled material for select customers.

“We just made a payment on the factory so it’s being built to be shipped here,” said General Manager Michael Chin. “Unfortunately, COVID-19 came and slowed everything down but we are now back on track with our plans,” he told the Financial Gleaner.

In 2018, AMG Packaging acquired a second property at 12 Retirement Crescent which adjoins its current business place at 9 Retirement Crescent. The purchase was done shortly after AMG exited its loss-making toilet paper venture and was expected to be put to use by mid-March of this year.

“It’s going to take roughly four to six months for the building to get here and then another two months to have it set up. The board has also approved us buying some new machinery to outfit the space,” Chin said.

“What’s happening now is that a lot of companies from Dominican Republic and Costa Rica are bringing in boxes that are made with recycled material, and so we want to go after that, once we set up the new factory space. Our manufacturers didn’t want us to go into recycled paper but we think it’s time to have another conversation with them again,” he said.

Both JPI and AMG Packaging have over the past few months implemented a mix of cost containment measures to keep business afloat as revenues dwindled.

Over AMG’s third quarter, March to May, the listed company’s earnings increased by nearly 18 per cent to $16.7 million, amid the 15 per cent decline in sales to $170 million.

Yearly revenue also took a hit, falling from $762 million to $720 million, but earnings were a bit more resilient over the period, dipping only slightly from $59 million to $56 million.

Funding for the expansion of the business was secured in January through Proven Wealth.

The company took out loans valued at $100 million, but it’s unclear how much of that is for the expansion as AMG Packaging has not disclosed the overall budget for the build-out of the warehouse space and new machinery.