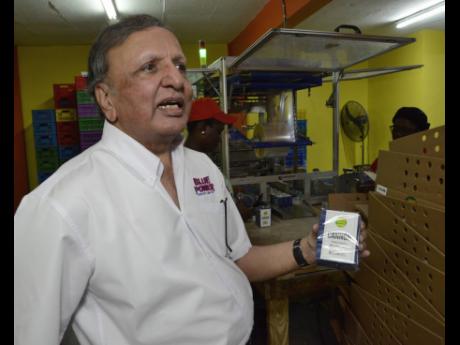 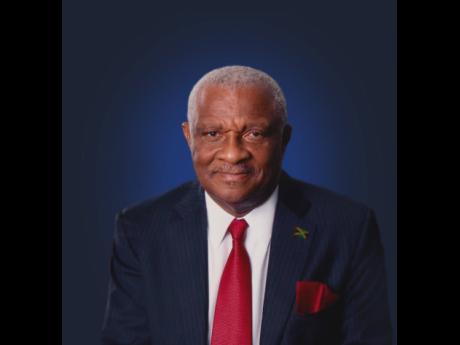 Jamaican soap manufacturers have lost a year-long battle for continued duty-free exports to the Caricom market of 18 million people.

The loss comes after a successful challenge in late November at Caricom’s Council for Trade and Economic Development, COTED, by the government of Dominica on behalf of a soap and soap input producers in the tiny Caribbean nation of 72,000 people.

Dominica Coconut Products Successors Limited, DCPS, had long held that the Jamaican firms were breaching the Revised Treaty of Chaguaramas, the agreement that governs trade and functional cooperation arrangements among the 15 member countries of Caricom.

DCPS, the sole Caricom producer of animal fat and palm oil-based noodles that are the core ingredient for the production of soap bars, wants to lock Jamaican companies into buying its raw material over their current suppliers in Indonesia, in order for the local firms to continue qualifying for “community origin status” and the waiver of the 40 per cent common external tariff, CET, applied to products of non-Caricom origin.

In December last year, the Dominican firm controlled by the Nassief family won the first round of the dispute. At that time, in response to its request that Jamaican authorities stop issuing certificates of community origin to the Jamaican soap makers and exporters, Jamaican government trade agencies sought clarification from the World Customs Organization, WCO, which ruled that soap noodles and finished soap products were designated under the same tariff code and should be treated similarly in the application of import duties.

The Jamaican producers, chief among them, Blue Power Group Limited and Cari-Med Group member company Kirk-FP Limited, have been lobbying Caricom to maintain a dual customs code classification for raw materials and finished goods that would give their finished soaps manufactured-product designation, and thus duty-free status, despite the extra-regional source of the core ingredient.

While DCPS buys animal fat and palm oil in its raw form from Indonesia and processes it in Dominica into soap noodles, the Jamaican soap producers buy from the same source, palm oil and caustic soda already combined in order to benefit from what they say are significantly lower energy costs in the Asian country.

Dominica contends that the Jamaicans are not engaged in manufacturing, but simply in the import and export of goods which have the same customs heading.

The Jamaican producers, once designated by Jamaica’s trade authorities as legitimate manufacturers transforming raw materials into finished products, are allowed under local legislation to import raw materials from any source – including soap noodles from Indonesia – duty-free. This is a regime that Dominica is said to have also challenged, with significant pushback from the Jamaican Government, which has insisted that the Eastern Caribbean country cannot determine Jamaican law and policy.

During a November 26-27 meeting of COTED, Dominica sought and secured a majority vote to maintain the WCO designation and to compel the Jamaican Government to immediately end the issuing of certificates of community origin to the soap makers who use noodles sourced from outside the Caricom region.

The regional trade ministers, led by the seven-member bloc of Eastern Caribbean states, also voted down a request from Jamaica for a three-month extension on the issuing of the certificates, while the Dominican producer provide the manufacturers with samples and price quotations for its soap noodles.

The Jamaicans producers continue to baulk at being forced to buy the Dominican product, which they say has, so far, not met their quality specifications and is not competitively priced to allow them to compete effectively in the Caricom market, where they must contend with DCPS’ finished soaps, as well as cheaper soaps from Indonesia and Malaysia.

“We were among the first to have placed an order in 2018 and had to dump the entire shipment of the noodles from Dominica,” Cari-Med Chairman Glen Christian told the Financial Gleaner in an interview. Christian did not quantify the cost to his business after dumping 105 metric tonnes of soap noodles, but the product out of Asia has been quoted at up to US$1,000 per metric tonne on online trading sites.

According to Christian, Cari-Med, which produces soaps under Kirk-FP Limited and its Bomber Manufacturing division, has provided its quality specifications to DCPS and, along with other local manufacturers, requested new samples through the Jamaican Government. The samples are yet to be supplied.

The Jamaican manufacturers are also contending that it is unfair to abruptly end a customs classification that has existed for 19 years, and on which basis they would have made significant investments for production and exports to the Caribbean region. They also argue that for much of that time, there was no Caricom producer of soap noodles, hence their need to source supplies outside the region.

DCPS was initially owned and operated since the 1970s by Colgate-Palmolive Limited, which had relocated its Caribbean operations to Dominica from Jamaica, and which competed in the regional soap market alongside producers from Jamaica and Trinidad & Tobago.

The Nassief family, led by Yvor Nassief, bought the company in 2018 with the help of a US$2-million loan from the government of Dominica and investments by Jamaicans Peter Bunting and Mark Golding, following the closure of the business by Colgate-Palmolive after severe flood damage from Tropical Storm Erika in 2015.

Bunting told the Financial Gleaner this week that he and Golding sold their shares and exited the DCPS board earlier this year.

With the decision by COTED, which is a council of trade ministers in Caricom, the Jamaican manufacturers have written off the Caricom market, which for Blue Power and Kirk-FP accounted for 20 per cent of their export business.

Blue Power, a listed company, advised of the market loss in a filing this week, but said the ruling does not affect its sales within Jamaica and exports outside the Caricom bloc.

Blue Power Chairman Dr Dhiru Tanna told the Financial Gleaner in an interview this week that the company will be moving to fill the void created by the Caricom market loss by ramping up its production and marketing stance in the Jamaican, United States and United Kingdom markets.

“We still have a large domestic market. We are more competitive than the imported soaps, which have to pay 40 per cent duty. We export a large amount to the US and the UK. We are winning new customers. We will create more products,” said Tanna.

“Perhaps we have not promoted our bathing soaps as much as we should have. That is an area we are going to fight in, and maybe introduce new products and new technologies,” he added.

The Blue Power brands include Blue Power, Blue Power Castille and Mega Blue. The company also manufactures for third parties, including the Big Blue brand for GraceKennedy; Cannon for Seprod; a wide range for Lasco Distributors; and the Derma line for a Florida-based distributor. Cari-Med makes the Bomber, Refresh, Castille and Mildex brands it bought from Colgate-Palmolive.

Christian is concerned about the impact of the Caricom market loss on the more than 100 persons employed in the soap-making activity by the two large manufacturers and the unspecified number of workers in smaller companies. Other soap traders in Jamaica include ADA Manufacturing, Island Producers Manufacturing, JLB International, Double Deuce Jamaica, Massy Distributors Jamaica and Supreme Chemicals Limited.

Financial Gleaner questions to Joseph Cox, Caricom’s assistant secretary general for trade and economic integration, were unanswered up to press time; while an official of Jamaica’s Ministry of Foreign Affairs and Foreign Trade said the ministry was preparing responses to Financial Gleaner question for foreign trade minister Kamina Johnson-Smith, who led Jamaica’s delegation to the November COTED meeting.

Efforts to reach Nassief for a comment were unsuccessful.

Industry Minister Audley Shaw told the Financial Gleaner that he would have familiarised himself with the specifics of the matter and provided a response, but the additional comments were not received. Meanwhile, State Minister for Industry Dr Norman Dunn, who was part of Jamaica’s delegation to last month’s COTED meeting, described the COTED decision as “unfortunate,” especially considering what he described as “the entirely logical position” of the Jamaican manufacturers.

While the Caricom treaty makes provision for heads of government, meeting at their semi-annual conference, to resolve treaty disputes, it is not known if Jamaica intends to pursue the matter at that level.

Dunn, who conceded that he is new to government and the regional trade process, expressed disappointment with the manner in which the matter has been dealt so far within Caricom. Christian, too, is of the view that Jamaican businesses are being unfairly treated within the regional integration arrangements and questioned the usefulness of Caricom to Jamaican manufacturers.

Tanna is not optimistic that the issue would be resolved in Jamaica’s favour if pursued either at the level of the Caribbean Court of Justice, which has final authority to settle trade disputes within Caricom, or in any other voting arena within the grouping.

“The treaty says it must be manufactured and the definition being given to manufacturing is the tariff jump. Not every country defines manufacturing in terms of tariff jumps, which is too technical,” he said. “I don’t think it will be resolved by any voting mechanism in Caricom, which is based on ‘one country, one vote’.”

Richard Pandohie, the CEO of Seprod, a regional exporter of soap and other products, and president of the Jamaica Manufacturers and Exporters’ Association, is striking a conciliatory note.

“The soap manufacturers in Jamaica have no issue buying raw material from Dominica provided that the quality specifications can be met and the price does not make them uncompetitive, vis-a-vis imports to the region. It is critical that, as a region, we produce quality products that can meet our customers’ expectations,” Pandohie said in written comments to the Financial Gleaner.

“I believe that as a region, we have more to gain by working together, but our capacity to continuously put obstacles in our own way continues to limit us to anaemic growth. Hopefully, recent organisations such as the Caribbean Manufacturers Association and the Caribbean Private Sector Organisation will yield positive results,” he said.

The Caribbean Private Sector Organisation was named an associate institution of Caricom at the most recent meeting of heads of government in October.