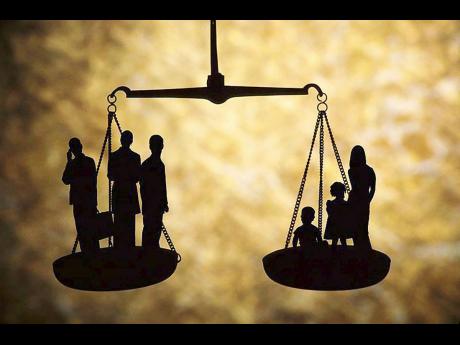 N ew approaches to work brought on by COVID-19 have trade unionists fired up over worker rights and angling for a sit-down with the Government to discuss what they see as a need for “urgent” amendments to outdated labour laws.

Concurrently, trade unionists are hoping to open dialogue with corporations and the Government on policies intended to guide flexible work, or flexi-work, arrangements, now that more businesses are wilfully putting in place or contemplating permanent work-from-home programmes.

Remote work arrangements have turned out to be one of the upsides for businesses that during the economic lockdowns found that they could, in particular circumstances, continue to run their operations with satellite staff, thereby alleviating themselves of some of the attendant costs of operating office spaces.

Jamaica is not the only country going through this transition.

Attention to labour law provisions heightened globally when companies began restructuring their operations to curtail or slow losses under the pandemic, inclusive of furloughs, lay-offs, redundancies, pay cuts and work-from-home arrangements. Labour unions in particular were concerned about the rights of employees, and whether the laws, as configured, were applicable to the emerging work order that governments were encouraging as a safety measure to keep the virus at bay.

The companies had a powerful argument for the measures taken – they needed to keep their businesses afloat – but now the move towards permanency is being seen as a further shift in the power dynamic in the favour of employers.

Lead economist at the World Bank, Dr Truman Packard, who was guest speaker at Tuesday’s annual Labour Market Forum, hosted by the Planning Institute of Jamaica, PIOJ – this time as a virtual event – speaking on the need for greater social protection and improved labour policies, said that now more than ever, union membership has become critical to ensure that good employment outcome and the fair remuneration of human capital continue under the increasing demand for remote work.

“I say that because market power on the side of employers has grown tremendously,” Packard said.

“When I talk about the dominance of these digital companies and the power that is gained by these large companies, there is evidence that markets are becoming less fair for ordinary working people and because of this shift in market power and exploitative market practices, the accountability mechanism offered by unions is more vital than ever,” he told the forum.

For local businesses making the switch to more remote work, the thought that may weigh heaviest on company executives’ minds could be regulating work time to safeguard work-life balance, according to Packard.

But for employees, there are still uncertainties around the obligations of their employers when it comes to office equipment and supplies, medical insurance and recurring monthly expenses, such as utilities and internet bills incurred in carrying out job functions.

“Those discussions have to take place in the work-from-home policy, but we are not at the stage yet where we legislate that; because once that is done, then it governs all. There are some companies that could trigger work from home, but it might not be to the extent where some persons would be required to fulfil certain obligations,” said Bustamante Industrial Trade Union executive Kavan Gayle in a post-forum interview with the Financial Gleaner.

“But where it has become mandatory or dependent for people who could not work from home to now do remote work, then policies should be changed. But the first step is to have that discussion,” Gayle said.

Still, he expects that those talks should lead to an agreement that the Employment Termination and Redundancy Payments Act needs reform. One of the adjustments being sought is the inclusion of a defined period of consultation with workers, of at least 30 days, before any decision on lay-offs, redundancies or other cost-cutting measures are made – the idea being, it would give employees time to properly weigh their options.

Labour laws dictate that an employee who is laid off by a company for a period of 120 days can opt to have their positions made redundant. The law allows them to make the choice.

“What some companies do is just move to redundancy and pay off the workers or, in some cases, workers don’t get paid at all,” said Gayle. “But that consultancy period would help in finding solutions to keep people employed. I want to ensure that the legislation makes provision for this, and also details how the consultation should take place,” he said.

Head of the Hugh Shearer Labour Studies Institute, Danny Roberts, who was also a speaker at the PIOJ Labour Market Forum, has put in calls for amendments to the 46-year-old Employment Termination and Redundancy Payments Act, as well as the National Minimum Wage Act, Maternity Leave Act, and the Labour Relations and Industrial Disputes Act.

In the absence of legislation that speaks to health and safety for remote workers, the trade unionist is also calling for a review of the Occupational Health and Safety Legislation.

“If the COVID-19 recovery programme is to be effective, then it has to be set within the context of the decent work agenda, and we have to look at the legislation within the labour market that can help to strengthen that as well as broader social policies,” said Roberts.

“Labour markets are social constructs, and what always lags behind is the legislative support to accelerate the pace of that. COVID-19 has provided an opportunity for us to look at developing those legislative changes,” he said.