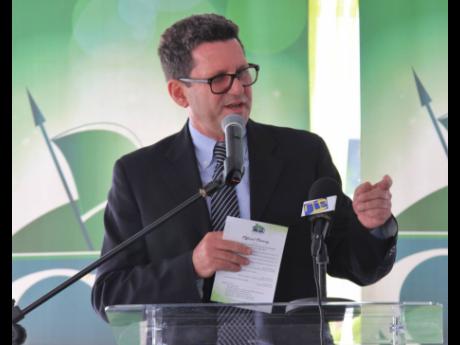 Domicem, a company based in Dominican Republic, will continue to own 70 per cent of Buying House.

The cement importer, according to CHL Chairman Mark Hart, holds about 10 per cent of the local cement market that is dominated by Caribbean Cement Company Limited as the only local manufacturer of the commodity. Caribbean Cement, which is also foreign owned by Cemex of Mexico, distributes under Carib Cement brand.

Hart said the deal for the Buying House stake was recently completed and will take effect on January 1. CHL, which operates wharfing and stevedoring services in Montego Bay, bought the stake held by American company International Materials, or IMI, which decided to exit the business.

IMI, a global commodities trader with shipping assets, will continue to transport cement to Jamaica for distribution, according to Hart, who said Buying House is important as an alternative to market leader Caribbean Cement, and an added source of supply during periods of heavy demand for the commodity in the construction sector.

“Having consistent supply is vital and, second, having another player even with 10 per cent of the market, is important to provide pricing stability,” he said. “We are providing a little bit of competition, we are not trying to kill local production.”

Buying House started operations in 2006. At the time, Caribbean Cement had released faulty cement on the market and the fallout created room for import rivals to grab market share. Buying House set up operations in Montego Bay at an old rice mill at the port. CHL provided them with stevedoring services.

“We got to know them, and eventually we asked them for an interest in the company,” Hart said. “IMI decided that they would exit. They will continue be our shipping partner,” he added.

Hart said that Buying House operations are profitable and should earn shareholders a return above 10 per cent over time, depending on the importation quota it receives from the Jamaican Government.

“This is not its best year, because it is reliant on quotas. But we are looking to have a steady quota system, so we do not have to be thinking six months [down the line], but rather two years out,” he said.

CHL is a small company, whose business has taken a hit under the COVID-19 pandemic, due to reduced port activity, but still closed the year with a sizeable profit. Revenue fell from $366 million to $283 million at year ending September 2020, while earnings drifted from $131 million or 35 cents per share to $113 million or 30 cents per share. The numbers released in November are preliminary and subject to audit.