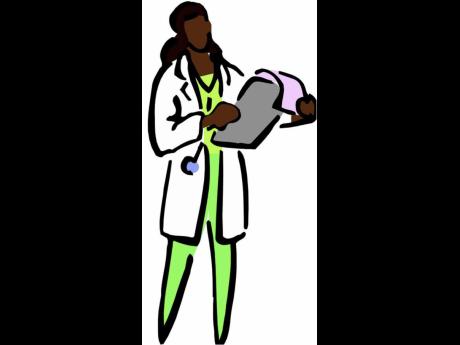 Today, I will share my ongoing interactions with the local health insurance system over the last eight months.

My goal is to provide information about how this system – defined as the insurance providers, intermediaries, other service providers, doctors, nurses, public and private hospitals, and diagnostic services such as laboratories, X-ray, imaging, and the CT scan, parts of the medical service supply chain – works to meet the needs of the consumer (a.k.a. patient, policyholder, or caregiver).

I hope that by publishing information about my family’s experiences during an incredibly stressful, emotionally draining. and financially difficult period, ignoring to some degree the COVID-19 impacts – so that other persons can avoid or minimise the many obstacles that we faced. This article paints a different picture from that of Erold Dixon, 68. He said, according to this newspaper on December 12, that he was “cushioned by two health insurance plans”.

The opinions that I have expressed are made from the perspective of someone who has decades of experience in the insurance industry in Jamaica and overseas; has theoretical and practical knowledge about insurance, insurance law, and contracts; has written scores of articles on this subject, and who has studied how service companies are managed. I have followed the debates about the American healthcare system and the Patient Protection and Affordable Care Act. And, finally, a few years ago, I sat on a labour tribunal that adjudicated a labour dispute that involved a large health insurance plan.

Only about 20 per cent of Jamaica’s population have health insurance. Resource constraints, according to the Minister of Health and Wellness, Dr Christopher Tufton, have prevented the Government from implementing a national health insurance plan.

Seven insurers are registered to transact what the regulators call ordinary long-term (life) insurance. Three of them, Canopy, Guardian Life and Sagicor Life, offer health insurance. Sagicor is the dominant player while Canopy is a newcomer.

The Financial Services Commission, FSC, has granted licences to some foreign insurers to sell policies without setting up local operations. These insurers typically cater to persons in the high-income group and often provide medical care in overseas institutions.

Local health insurers paid $20 billion in claims in 2018. Claims paid for visits to doctors’ offices and prescription drugs amounted to 40 per cent of the total while surgery and hospital charges totalled 15 and 10 per cent, respectively.

The costs associated with the delivery of health care, especially for life-threatening illnesses are awfully expensive.

Health insurance plans are complicated. Nobel-winning economist and New York Times columnist Paul Krugman started a teaching job at the City University of New York, CUNY, the newspaper wrote earlier this month. Mr Krugman had a choice between a plan at The Times and an array of university options. He found them “incomprehensible”. Even human resources at CUNY could not explain the differences. He decided not to switch plans “because it didn’t require that I make a choice”, he said.

The process for the payment of non-routine, sudden, and large medical bills for what are often life-threatening illnesses, major medical expenses, is opaque and arbitrary.

The FSC does not have a granular understanding of health insurance operations or done any research on the medical service supply chain. For example, its February 2019 market-conduct guidelines do not differentiate between how claims for monetary losses arising from loss of or damage to property and claims for life-threatening illnesses like cancer are to be settled.

The claims-handling unit does not appear to have an ‘appeal court’.

Health insurance policy language is notable for its use of medico-legal jargon that is often beyond the understanding of the man in the street.

Employees who handle claims do not appear to be professionally trained or supervised and do not have a proper understanding of the language in which business is conducted.

While the prevailing ethos of other persons in the medical supply chain is invariably professional, caring, and empathetic, their counterparts in the health segment of the insurance industry, with a few exceptions, can best be described as Trumpian and transactional. This is even though the company collects significant amounts of data about claimants. It is all about money.

Claimants and/or members of their families, when dealing with situations that can lead to the death of their loved ones, are vulnerable and can be exploited.

And some medications that are administered for the treatment of certain kinds of cancer are expensive. They are ordered from overseas on an ad hoc basis because they are not generally kept in stock by most pharmacies. Situations often arise where the expenses for these prescription items are covered by major medical benefits claimants, who must fork out hundreds of thousands of dollars to pay for these drugs and seek reimbursement from the insurance carrier.

Professor of Public Health Peter Figueroa was quoted in this newspaper on December 12 as saying: “We do have a good public health infrastructure, but in order to address certain health problems, you get through much quicker if you have the money to pay for it.”

Significantly, he omitted the words insurance plan from his statement. One needs money – not the promise to pay money, which is what health plans say. In the absence of money, many persons are dying.