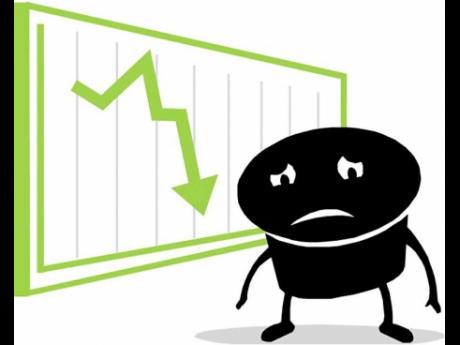 Stocks started the week falling as a new, potentially more infectious strain of the coronavirus has countries around the world restricting travel from the United Kingdom, UK, raising worries that the economy is about to take even worse punishment.

The S&P 500 was 1.3 per cent lower in midday trading on Monday, putting it on track to fall for a second day from its record set on last Thursday. The Dow Jones Industrial Average was down 178 points, or 0.6 per cent, at 30,000, near midday on Monday and the Nasdaq composite was 1.1 per cent lower.

It was a busy first day of trading this week, with plenty of forces pushing and pulling the market. Thin trading ahead of a holiday-shortened week may also be exacerbating moves, analysts said. Crude oil prices were also dropping on worries about disappearing demand, and Treasury yields slipped.

One big factor for the market was Congress, which on Monday finally appeared set to act on a US$900-billion relief effort for the economy. House and Senate leaders were planning to vote Monday on the deal, which would include US$600 in cash payments sent to most Americans, extra benefits for laid-off workers, and other financial support.

Economists and investors have been clamouring for such aid for months, and a recent upswing in momentum for talks had stock prices rising in anticipation of a deal.

Across the Atlantic, negotiators blew past a Sunday deadline set for talks on trade terms for the UK’s exit from the European Union. Investors have been fixed on the progress of those talks because a Brexit with no deal could cause massive disruptions for businesses on New Year’s Day.

UK Prime Minister Boris Johnson said on Saturday that he was placing London and the southeast of England in a new level of restrictions after scientific advisers warned they detected a new variant of the coronavirus. There is no evidence that the new strain’s mutations make it more deadly, but it seems to infect more easily than others.

Two COVID-19 vaccines have already been approved for the US, and regulators around the world have also either approved, or are considering usage of, the vaccines. Hope that widespread vaccinations will nurse the US economy back to some semblance of normal has been a big reason for surging prices across markets worldwide.

But for now, vaccinations are only for healthcare workers and other high-risk populations. It will be a while before a more widespread roll-out can get life around the world closer to normal,. Meanwhile, surging numbers of coronavirus counts and deaths are setting the global economy up for a bleak few months.

The worries hit stock markets hardest in Europe, where France banned UK trucks from entering for a period of 48 hours. Other countries around the world also halted flights from the UK.

Stocks of energy producers were also weak on worries that heightened travel restrictions could mean even fewer airplane seats filled and fewer miles driven by automobiles.

Losses were widespread, and the vast majority of stocks in the S&P 500 were dropping at the week’s opening.

Amid the few gainers was Nike, which rose 5.4 per cent after reporting stronger revenue and profit for its latest quarter than analysts expected.

Financial stocks were another rare source of resilience, after the Federal Reserve said on Friday that the 33 largest banks look healthy enough to survive a sharp downturn. The Fed also permitted buybacks of company stock, with some limits.

Goldman Sachs rose 6.3 per cent after it said it expects to begin buying back its stock again next quarter.