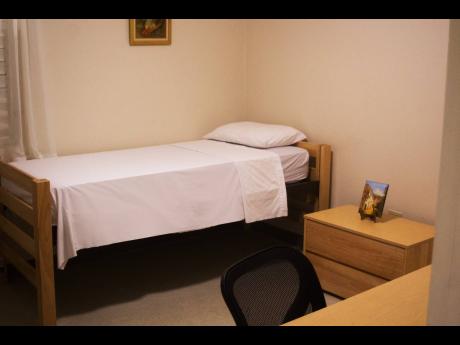 File
File A bedroom at a 138 Student Living complex. 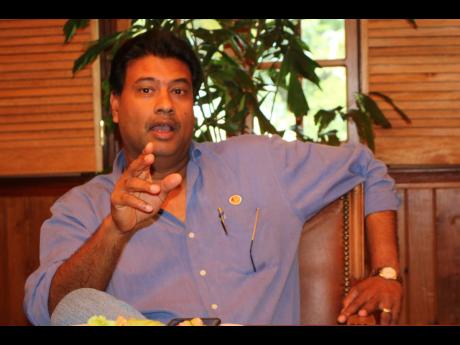 Listed 138 Student Living Jamaica Limited, 138SL, which controls apartments meant for rental by students at The University of the West Indies’ Mona campus in St Andrew, expects a slow recovery from its COVID-19-induced revenue and profit fall-off, with a full return to pre-pandemic occupancy levels not expected until 2023.

The business, which ended its 2020 financial year at September 30 with net profits of $347 million on revenues of $1.3 billion, has been hit hard by the suspension of face-to-face classes, which has seen an exodus of student renters from the campus to learning from home. Hopes of a fairly quick return to operational normality with the resumption of the classes in January, have not materialised as classes are continuing remotely and could remain that way for some time, keeping students away from the 1,464 rooms 138SL co-owns and manages at four halls of residence on the spawling Mona campus.

The company has announced that its financial fall-off is being helped by drawing on variation claims relating to Irwin Hall, one its most recent developments. The concession agreement with the UWI under which it finances, builds and manages the multi-apartment blocks, 138SL guarantees a certain level of revenues, which, if not realised from normal operations, 138SL can claim the difference from the institution. But the university is facing a cash crunch of its own, with reports in December that it was unable to make its customary, early Christmas salary payments to staff due to a significant downturn in tuition payments by students.

The housing company says it has since adopted a mix of cost-reduction measures, balance sheet restructuring, and continues to hunt for new business opportunities to survive the pandemic. In 2020, it earned some needed revenues from the government, which housed state-quarantined persons at 138SL’s facilities. The development company has said that it also held discussions with its bankers and financers to delay payments in order to sustain the business during the troubled period. The company had been in talks for a 12-month reprieve on principal payments to its bondholders.

Up to June, 138 Student Living had seen its occupancy levels falling to below 20 per cent as the government implemented lockdowns and stay-at-home measures in an effort to contain the spread of COVID-19. This translated to a rental revenue reduction of approximately $159 million for the company.

Ian Parsard, chairman of 138 Student Living, said the company had an initial projection for an occupancy rate of roughly 95 per cent in the run-up to the new school year in September 2020, on hopes that the institution would have resumed face-to-face classes then. But the UWI’s decision to move classes online for the school year’s first semester starting September 7, 2020, resulted in students who had previously applied for on-campus housing, putting off taking up the accommodation.

In its audited year-end results, 138 Student Living, which had dwindling cash resources of $43.4 million, says it anticipates that COVID-19 will continue to negatively impact its 2021 financial year, before the company hits 80 per cent occupancy in 2022.

“Normalcy is expected to return in 2023,” company officials said.

The 138SL operational and financial situation is a reflection of the softened renters’ market since the pandemic, with representatives of the realtors association projecting that the rental market will not recover immediately.