Jamaica Post hits back at the banks - Says it alerted them to card theft, offered safer premium services 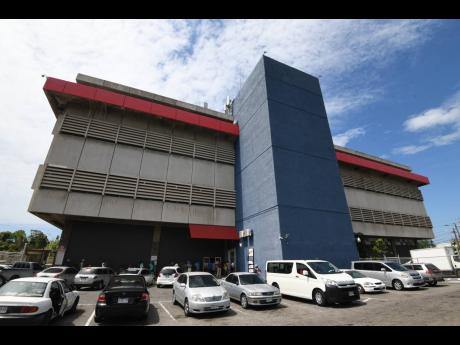 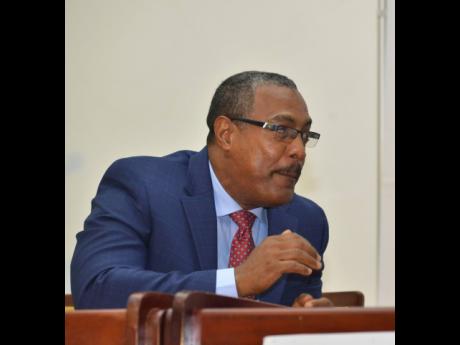 File
Postmaster General and CEO of the Postal Corporation of Jamaica, Michael Gentles.
1
2

While most commercial banks have sought to curtail the incidence of card theft, cloning, and attempts at unauthorised activation, by ending the distribution of credit and debit cards to their customers using the regular mail service, the urging to do so came from the postal service itself more than two years ago, correspondence seen by the Financial Gleaner shows.

But even in the face of entreaties by the Postal Corporation of Jamaica for banks to migrate to its more secure delivery methods, at least one bank, which was not named, is said to be still utilising the cheaper, less secure option for card delivery, apparently to save on cost. The Postal Corporation trades as Jamaica Post.

Responding to a Financial Gleaner story that banks were retreating from the post office to stem card theft, officials of Jamaica Post say that while card delivery business from banks via the regular mail service has declined significantly over the past two years, there has been a corresponding major increase in business from the banking sector and other clients using the more secure registered mail and premium zipmail courier service.

At the same time, Jamaica Post has admitted there have been cases, though few, it says, of its employees being implicated in mail theft and fraud. Indicating that the organisation has zero-tolerance for dishonesty within its ranks, chief of security Wayne Santouse says three persons identified over the past year as having been involved in the illegal activity were subjected to internal disciplinary procedures and dismissed.

All allegations of theft and fraudulent activities brought to the postal service’s attention have also been reported to the police for investigation and prosecution, Santouse told the Financial Gleaner during an interview with Jamaica Post senior managers at their South Camp Road headquarters in Kingston.

As an indication of the level of seriousness with which Jamaica Post treats the matter of the security of mail it is entrusted to deliver within Jamaica and send overseas, and the close collaboration with the police, a detective attached to the police fraud squad is said to operate out of the Postal Corporation’s head office.

Meanwhile, Postmaster General Michael Gentles says some postal workers, particularly mail carriers, have been intercepted, enticed, robbed, and threatened by criminals involved in mail theft and fraud. This situation, along with reports by customers, prompted his December 3, 2018, letter written to all commercial banks in Jamaica encouraging them to utilise the alternatives of registered mail and zipmail and to discuss other mail security concerns with the Postal Corporation.

Unlike regular mail, which is not traced, items sent by the premium methods are tracked at every point along the chain of custody, post office officials say.

According to operations manager Marcia Higgins, the premium services have additional features, including unique tracking numbers, electronic tracking by customers, email and text message alerts, as well as next-day door-to-door delivery in the case of the express zipmail service.

While regular mail costs $60 per item for delivery within Jamaica and $120 to North America, the cost of registered mail is $120 intra-island while zipmail costs $400 per item.

Only one bank is said to have responded in writing to Gentles’ 2018 letter, and that institution declined the offer, saying the alternative services were too expensive, the postmaster general said. He added, however, that since then, other banks have started to use the premium services.

Gentles is insisting that where credit cards sent to bank customers by mail are intercepted, stolen and illegally activated, the successful activation of stolen cards would require collusion by persons within the banks.

“That process (of activation) resides in the banks. There are unscrupulous persons in the banks as well, who collude with outside persons to activate the cards. That element of the problem is not a post office matter,” Gentles asserted. “This is a problem that exists within the larger realm of Jamaica, organised crime and criminals migrating from one set of activities to another.”

Gentles says there have been discussions between the Postal Corporation and the Major Organised Crime and Anti-Corruption Agency, known as MOCA, about the matter. He suggested that had the banks taken up the offer sooner to move to the more secure options presented by the post office, the problem might have been curtailed sooner.

Meanwhile, the postmaster general and other Jamaica Post officials have dismissed the notion that banks are fleeing the postal service.

“We still do a substantial amount of business with the banks,” business development manager Michael McPherson said during the interview.

Jamaica Post records show that between August 2019 and this month 22,103 credit cards were sent by banks through the post offices’ courier service. Of that number, three items went missing, they have reported, adding that they have information that the problem of credit card theft afflicts other courier services as well.

The agency also noted that it has been entrusted with delivering 55,000 tablet computers to students and schools nationwide in the past three months without any of the items being lost to theft.

The Jamaica Post management maintains that the organisation, with its 263 post offices in communities across the country, remains the most cost-effective delivery and logistics entity in Jamaica at this time. They attribute the increased volumes of premium service business to the postal service’s affordability and service quality compared to competing entities.

Jamaica Post, its management points out, continues to innovate and build out new services.

In addition to its ‘Click and Ship’ online purchase and delivery service, started in 2018, the postal service is pioneering a new post office model, featuring cashless locations to be leased inside pharmacies, bookshops, and other touchpoints. One location has so far been opened at the Fontana Waterloo Square outlet in Kingston.