Palace Amusement back in talks with bankers 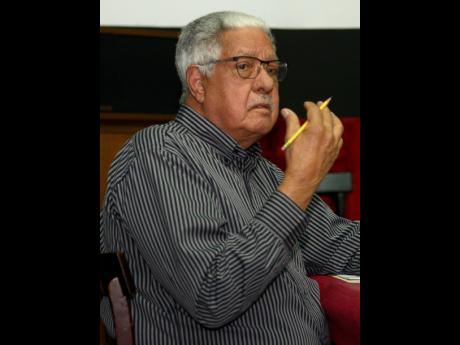 Directors of Palace Amusement, Douglas Graham and Melanie Graham are hopeful that the release of more attractive movies over the latter half of 2021 will pull Jamaicans back their cinemas, but in the meantime, they have re-entered discussions with bankers over more funds to cover expenditures.

It’s their second approach; the first time being around July when the company got assistance with its fixed costs amid a fall-off in revenue. Palace’s most recent financial report, for the quarter ending September 2020 showed a 122 per cent climb in long term liabilities to $170.5 million over the June quarter. The size of the additional loan, which was mentioned at the company’s annual general meeting on Thursday, was not disclosed.

The company has faced challenges in the past, notably rivalry from illicit or pirated movies sold on the streets. Then came the rising popularity of streaming services like Netflix. But their impact, while seen as robbing Palace of revenue, were not to the devastating degree as the coronavirus.

Palace racked up losses of $94.7 million for the September 2020 quarter. The fallout over three months were almost equivalent to its full year of losses recorded at $99.6 million for the period ending June 2020.

“Never in my lifetime have I seen anything like the coronavirus pandemic. We have had fires, floods civil unrest, we’ve had all sort of upsetting things but nothing so complete, and so devastating as this pandemic,” Chairman Douglas Graham said during the company’s annual general meeting on Thursday.

“But as bad as the pandemic is, I don’t want you, the shareholders, to lose hope, because with a vaccine I think light is at the end of the tunnel. I believe something positive will happen,” he continued.

Delays in scheduled films such as the James Bond movie No Time to Die from partners in the United States, and the slower turnout of patrons have left the cinema operator running once per day viewings at two of four movie houses – Carib 5 and Portmore Sunshine Palace – to keep down overhead costs.

COVID-19 safety protocols, which stipulate that the movie house utilises no more than 60 per cent of the seating capacity, pushed Palace Amusement to secure licence for a drive-in cinema in New Kingston. But even with the addition of the open theatre and half-off deals now extending up to Thursdays, the company is still seeing no more than five to 10 per cent of an average year’s patrons paying to view its movies on a monthly basis.

Palace needs an injection of cash to keep its doors open.

“We are negotiating with financial institutions and we are trying to be as prudent as possible. But I’m hopeful that as things get better and more cinemas reopen in the (United) States and that they will be more encouraged to release better movies or blockbusters during the summer,” Melanie Graham told the Financial Gleaner.

Palace three months report for September showed that the company had a cash deficit of $7.5 million and a working capital deficit of $191.4 million. Shareholders consequently agreed to forego a dividend this year, but one was critical of what he described as missed opportunities that would have positioned Palace to better weather the pandemic.

The shareholder argued that Palace could have done a stock split when the stock was trading in the region of $2,900.

“If the decision was considered two years ago, the strategy could have been to do a stock split and go back to shareholders for more capital, so that when we face situations like COVID, we would not have to rely on the banks,” the shareholder said.

“We made a very bad decision we used the money from the Harbour View property to build the Portmore cinema. In fact, not only did we build Portmore build but we have not paid the dividend; and shareholders are investing in the company so that we can earn,” the person said.

In response to the criticisms, Douglas defended the investment in Portmore, saying the cinema had been doing well prior to COVID-19. He added that Palace had no plans to do a stock split.