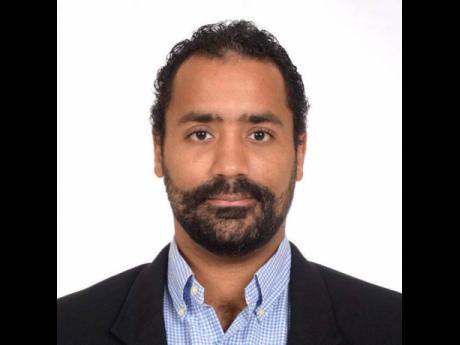 Signalling continued commitment to its most tumultuous market, Jamaica Broilers Group Limited, JBG, promoted a local from within as general manager, while continuing to plot the turnaround of its Haitian operation amid the pandemic and continuing political unrest there.

Haiti Broilers SA, owned 72 per cent by JBG, is in the midst of a restructuring programme.

Haitian Carl-Eric Staco, who will also continue to hold his title as sales manager, is tasked with driving up earnings at the business that for the first half of JBG’s current financial year, May to October 2020, made losses of $38.7 million, which was seven times worse than the prior-year loss of $5.8 million. He has been in charge since last October and reports to JBG President & CEO Christopher Levy.

JBG said Staco first came on board as trainee manager in April 2011, and has since worked in various areas of the business, including logistics, operations and sales. His last big appointment, prior to this promotion to GM, was as sales and marketing manager in July 2019.

Haiti has been facing continuous protests since 2018; and during October and November 2020, saw an increase in criminal activities, such as kidnappings, gang fights and widespread insecurity. The country is now entering three weeks of consultations on proposed constitutional changes that speak to qualifications and other matters surrounding the office of the presidency, among other issues, including mandatory military service for persons when they reach 18. Meanwhile, the unrest continues.

The United Nations has warned of the prospect of heightened political tensions, fearing the insecurity and structural inequalities may result in both an upsurge in protests and violent crackdowns by the authorities in the coming months.

Levy, while acknowledging the continued upheavals in Haiti, said at JBG’s annual general meeting in Kingston on Wednesday that opportunities for growth still exist within that country.

“Haiti is an interesting one; just the volatility there. But we do feel there are opportunities to just continue building out Haiti step by step,” said Levy. “We want some more stability, but we do feel that Carl is the right man at this time. He’s got his hands on the wheel and we are excited to see how this plays out,” he told shareholders.

At half-year ending October 2020, Jamaica Broilers reported earnings of $1.1 billion on revenues of $26.5 billion, amid belt-tightening and operational tweaks to overcome the dampening effects of the pandemic.

Locally, Jamaica Broilers is looking to improve output with the installation of a processing line valued at around US$2 million that will, it says, allow the company to put “cleaner” products on the market.

“That decision was taken about a year and a half ago, but materialised while we dealt with the pandemic. It was about a change in technology, a change in how birds were processed. The old technology was good, reliable, but this new technology is tremendous,” Levy said.

JBG is also spending another US$3 million on a loading bay project and is in the middle of expanding its poultry-processing plant in South Carolina, United States.

“The US will continue to be a strong growth engine to the organisation. We do feel that opportunities there will continue to present themselves. We are expanding our plant in the US. The challenge that we face is that the customers are considerably larger than we are, so we want to keep things going,” Levy told shareholders.