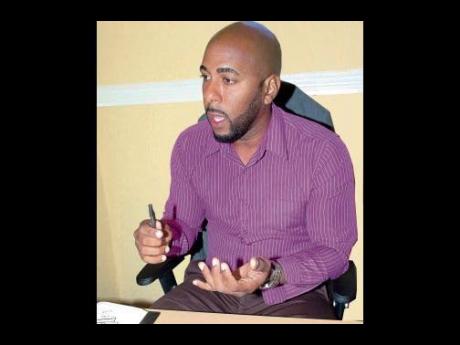 The Financial Services Commission, FSC, has warned the public against investing funds with Sprint Financial Services, saying the company owned and operated by CEO Christopher Barrett does not hold a securities licence.

The company has operated as a microlender for several years, then ventured about a year ago into the business of purchase order financing service for small and medium-sized businesses.

Barrett, through Sprint’s social media pages, made a call for investors to supply the businesses with needed cash flow to purchase raw materials, and in return, earn interest on their money under the Sprint Wealth segment of the business. The investment option also applied to Sprint Financial’s factoring or receivables financing service, which the company had launched back in 2018.

At the time, Sprint Financial was getting requests for funding to the tune of $15 million weekly for both services, an amount Barrett told the Financial Gleaner was beyond his company’s cash flow capacity.

After months of investigations and information gathering by the FSC, on Wednesday, February 3, the regulatory authority issued a notice warning that Sprint did not have a licence to conduct securities business in Jamaica and is not registered to issue securities.

That notice came after the regulator held talks with Sprint.

“We have received sufficient information which has allowed us to understand better the products and to put out the notice that we did. I do not wish to say much more than what the notice says at this time; it is still a live matter and there is communication between ourselves and the company,” FSC Executive Director Everton McFarlane told the Financial Gleaner.

Sprint Wealth’s website details the investment options as short-term or long-term debt investments, offering returns of up to 24 per cent.

In an interview on Friday, Barrett told the Financial Gleaner that Sprint Financial pulled content related to investment offerings from its social media pages about two months ago.

He noted that the business, which has grown from the issuing of loans for party purposes, will continue to build out its purchase order and receivables business service segment, but that for now, funding will only be through the company’s own cash flow.

Barrett is still keen on pursuing the strategies that initially caught the FSC’s attention, and is looking for Sprint Financial to get regulated and licensed by the FSC.

“We have been in communication with the FSC and intend to comply with all regulations,” Barrett said.

It’s unclear whether the new developments regarding the regulation of microlenders would complicate that desire.

Before now, microfinancing companies needed only to register under the Moneylending Act in order operate. But with the passage of the Micro Credit Act in January, they will now be regulated by the Bank of Jamaica, BOJ, and will need permits from the central bank to conduct business.

Barrett said Sprint Financial would be going after both licences – that is microfinancing from BOJ and securities dealing from FSC – and is currently taking steps to get its operation regularised under the micro credit bill, which is still in the process of being enacted into law.

Microfinance loans account for about 60 per cent of Sprint Financial’s business portfolio. The other 40 per cent relates to purchase order and receivables financing services. The company founded by Barrett in 2011 recently got backing from Miami-based investment firm Blue Mahoe Capital Partners Inc, which signed off on an agreement to acquire 40 per cent of the equity in Sprint Financial.