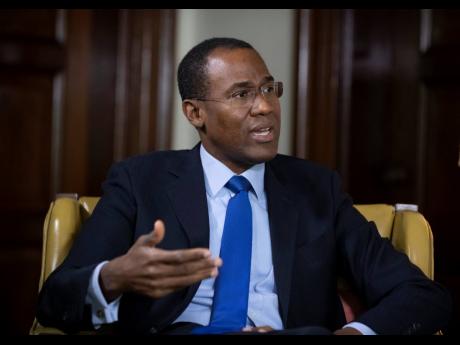 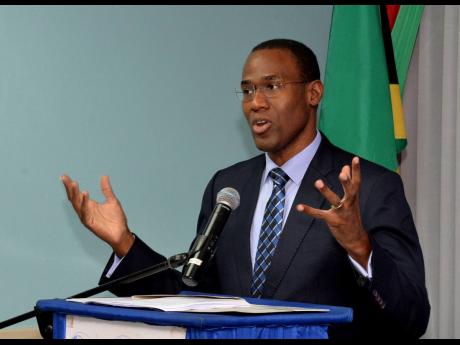 Finance Minister Nigel Clarke is questioning the effectiveness of the Government’s tax relief measures under the urban renewal incentive programme, which the leadership of two of the country’s main private-sector umbrella groups and some business...

Finance Minister Nigel Clarke is questioning the effectiveness of the Government’s tax relief measures under the urban renewal incentive programme, which the leadership of two of the country’s main private-sector umbrella groups and some business persons have been clamouring to have extended beyond downtown Kingston.

The 10-year-old Urban Renewal (Tax Relief) Act for Spanish Town, which allows tax write-off of more than 30 per cent for private developments, expired in March 2018 and has not been renewed by the Government.

This prompted a call last year by the president of the Jamaica Manufacturers and Exporters Association, Richard Pandohie, for the government to reintroduce the programme to stimulate economic activity in the greater Spanish Town area. He also wants the initiative to provide relief to businesses located there as part of a stimulus package, in response to the economic devastation cause by the ongoing COVID-19 pandemic.

The initiative was introduced for downtown Kingston in 1995, extended to Port Royal in 1996, Montego Bay in 2000, and activated for Spanish Town in 2008 with then finance minister Audley Shaw championing the programme.

The legislation for Kingston has been extended for several 10-year periods and is set to expire January 19, 2025. Business sources say there are indications that the Government intends to scrap the programme when it expires.

Howard Mitchell, a businessman and former president of the Private Sector Organisation of Jamaica, described any such thinking and action as “a retrograde step”. Mitchell told the Financial Gleaner last year that with regard to the non-renewal of the law for Spanish Town, critical major private-sector investment and funding decisions have been delayed as result.

“I strongly urge the minister of finance to at least meet and have dialogue with the business community in respect of this. I think it’s a retrograde step to remove it at this time,” Mitchell said then.

The Jamaica Chamber of Commerce, too, has thrown its support behind the urban renewal legislation, with president Lloyd Distant having said that the Kingston-based organisation was developing recommendations for submission to the Government.

But the full-court press by corporate Jamaica has so far not convinced Clarke that it remains a necessity.

“They have not been very successful,” the finance minister said of the tax initiatives this week, in response to Financial Gleaner queries.

“We had the Spanish Town one for over 10 years, and as I recall, only two people applied – and they applied in the last four weeks of it,” he disclosed.

Cari-Med Group, led by Glen Christian, and GraceKennedy Limited, headed by government senator Don Wehby, both have applications before the Government under the Spanish Town programme. Both developments are multibillion-dollar commercial projects with final funding decisions said to be tied to the Government’s granting of incentives under the programme. It is understood that the applications have received provisional approval from the Ministry of Economic Growth and Job Creation, but are awaiting final approval from Cabinet.

The Cari-Med project, a distribution complex costing around $6 billion, launched construction in October 2019.

While not commenting on the specific applications, Clarke explained that many of the benefits contemplated by the programme have been made redundant by business- enhancement measures undertaken by the Holness administration.

“Investors [in the designated urban renewal zones] don’t pay tax on interest, so you get a lower interest rate. Today, for big developments, you can borrow at six per cent and seven per cent. They would be excluded from paying stamp duty and transfer tax. We abolished stamp duty and we brought transfer tax down to two per cent. So, the benefit is not as significant,” Clarke said.

In his Budget speeches last year, the finance minister had also drawn attention to other ‘business encouragement’ initiatives by the Government, including the abolition of the minimum business tax and an increase in the general consumption tax threshold from $3 million to $10 million.

The finance minister told the Financial Gleaner this week that while being supportive of urban renewal, he was eager for a national discussion on matters such as these for greater consensus around where priority economic actions by the Government need to be focussed.

The finance minister pointed to the government’s focus on fixing the fundamentals of macroeconomic management, including encouraging low interest rates, low and stable inflation, and ensuring relative currency stability. These actions, he suggested, are more crucial for stimulating businesses and overall economic development.

The urban renewal tax programme appeared to have been a priority of the current Government in its early days, with Daryl Vaz, the minister without portfolio in the Ministry of Economic Growth and Job Creation, located in the Office of the Prime Minister, speaking highly of the initiative in 2016.

In his maiden contribution to the Sectoral Debate in Parliament in that ministerial capacity months after the administration came to office, Vaz said the Government had expanded the area considered as downtown Kingston to include other parts of Kingston and Port Royal, as part of its urban renewal drive to boost investments in the area. He said then that urban regeneration of parish capitals and towns was paramount to fighting urban blight, attracting investors, and achieving economic growth and development.

Last year, the Urban Development Corporation, which acts as the secretariat for the Urban Renewal Tax Incentive Programme on behalf of the finance ministry, provided information showing that over the 10 years to 2018, there were four applications, totalling planned investments of $8.1 billion, for the benefits under the facility for Spanish Town. Applications for investments to the tune of $8.6 billion were made for downtown Kingston.

The state agency did not say, however, what portion of those amounts, if any, had been approved by the Government.

Corporate Jamaica doesn’t appear to have fully lost the argument over the incentive programme, not yet.

On Thursday, during the Governor General’s Throne Speech marking the ceremonial opening of Parliament, the Urban Renewal Tax Relief Act was listed among a raft of laws slated to be amended this year as part of the measures the Government is working on that are aimed at increasing its support for businesses.