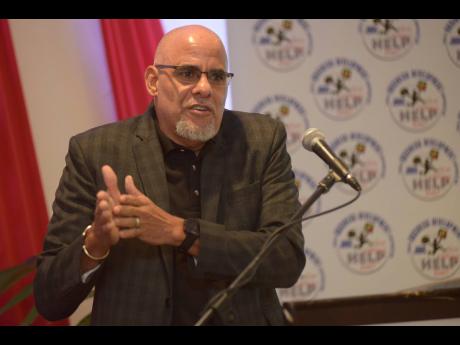 Chairman of the Economic Programme Oversight Committee, Keith Duncan, is cautiously optimistic about Jamaica’s prospects for recovery in the near to medium term.

The Government of Jamaica and the Bank of Jamaica are on track to meet quantitative targets under the GOJ Economic Reform Programme as at the end of December 2020, he said, but with one exception.

The targets cover tax revenues, expenditures, fiscal and primary balance, non-borrowed reserves, gross reserves and point-to-point inflation. On Friday, Duncan said at the EPOC quarterly briefing that the fourth-quarter target for tax collection, which is a GOJ fiscal deliverable, may be missed in light of recent developments related to the pandemic.

“While tax revenues are trending in the right direction, the projections for the last quarter seem to be quite ambitious, bearing in mind the spike in the spread of the virus, the restrictions on movement and the resultant impact on the economic activity,” the EPOC chairman said.

While revenues and grants together, totalling $398.3 billion for the April-December 2020 period, were marginally higher than the budget target, actual tax revenues for the period of $346.5 billion are slightly behind budget. It also $68.3 billion less than the out-turn for the comparative period in 2019 when tax collections amounted to $414.7 billion.

The EPOC chairman noted that central bank is forecasting partial recovery in the 2021/22 fiscal year, the strength of which will be determined by recovery in the tourism sector. But he also warned of significant downside risks especially with the increasing number of positive daily cases of COVID-19 being recorded recently.

“The implementation of more stringent containment measures, despite being a reasonable response to the worsening COVID-19 situation in the country, is likely to result in further disruptions in economic activities,” he said.

The vaccination of the population against the COVID-19 diseases and achieving herd immunity in the shortest possible period is an imperative that can return Jamaica to a sustainable economic growth path, he said, adding that in the meantime Jamaica faces a period of fiscal consolidation which will call for spending cuts.

A one-off dividend of $33 billion from the BOJ, announced by Finance Minister Nigel Clarke on Thursday during the tabling of the 2021/22 budget, should ease the level of fiscal consolidation required, said Duncan, and help with the implementation of a $60-billion stimulus package, which will include a vaccination programme, social and business support, along with infrastructure and other capital expenditure.

“With the limited fiscal space, EPOC believes that the private sector will have to play a major role in driving economic recovery, and that public-private partnerships will be instrumental in returning Jamaica to a growth path,” he said.