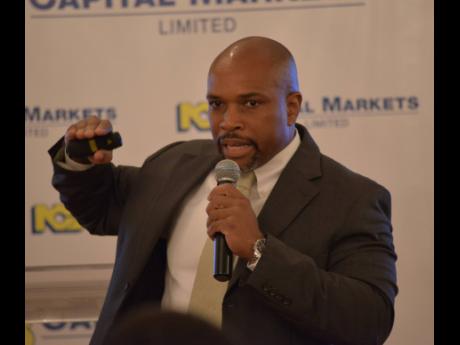 NCB Capital Markets Limited, the lead broker and arranger of the initial public offering of shares, or IPO, in petroleum marketing company Future Energy Source Company, which trades as Fesco, was still making edits to the prospectus on Tuesday,...

NCB Capital Markets Limited, the lead broker and arranger of the initial public offering of shares, or IPO, in petroleum marketing company Future Energy Source Company, which trades as Fesco, was still making edits to the prospectus on Tuesday, with no clear indication as to when the offer will get back to the market.

The adjusted prospectus will need the approval of the Financial Services Commission.

The Fesco IPO prospectus was pulled from the Jamaica Stock Exchange at the request NCB Capital, almost immediately after it was posted to the JSE website late Thursday, to clean up some of the numbers.

A notice published on the exchange said the prospectus was recalled as a result of an accounting omission in the projected financials for the company.

Herbert Hall, vice-president for investment banking at NCB Capital, has not said whether the error originated from information put forward by its client, Fesco, or from within NCB Capital’s team – only that the changes being made will not impact other numbers throughout the prospectus.

“It’s just the projections, so it wouldn’t have impacted anything else. It is not that the numbers on valuation and so on are incorrect,” Hall told the Financial Gleaner.

Last Friday, the vice-chairman and operations manager of the petroleum marketing company, Hugh Coore, had expected the prospectus to be back on the market later that day, but on Monday, Hall said the brokerage was still going over the final draft.

“We have to ensure that the corrections are proofread so that we don’t have any further errors. Once that is done, we have to go back to the regulators for them to approve the document and then we can republish,” he said.

“So, we are going through the process now and we are hopeful that we can republish very soon. I can’t put a timeline on it, but since it would have been in front of the regulators already, I don’t expect it to take a very long time,” he added.

The market notice date-stamped just before 6 p.m. on Thursday on the JSE website said “the omission understated the projected income from 2022-2025, which as a result, understated the overall projected profitability of the company” and that the corrections would “show an improved projection for the company’s earnings” for the period.

Fesco’s IPO, which was initially planned for the fourth quarter of 2020, was postponed due to disruptions from the COVID-19 pandemic.

The pulled prospectus seen by the Financial Gleaner priced the IPO at $0.80 per share and aimed to raise $400 million on the junior market. It showed that Fesco’s five directors, Trevor Barnes, Hugh Coore, Lyden Heaven, Errol McGaw and Junior Williams, each held 20 per cent of the company up to September 2020; but before the year closed had transferred some of their shares to three vehicles – Fesco Founders Pool Limited, Trevor Heaven Holdings Limited and Tweedside Holdings.

On completion of the invitation, Coore and Lyden will have no direct ownership in Fesco, the document showed.

The five-year financial forecast in the pulled prospectus also showed projections for a 83 per cent growth in revenue to $12.5 billion by year 2025, and the tripling of Fesco’s profit to $414.3 million.

Fesco operates a network of 14 service stations which are dealer-owned and is in the process of expanding. Its currently building out its fourth but largest multipurpose complex – which it has dubbed ‘destination’ service stations whose services extend beyond petrol to groceries, money services and other commercial activity – along the Mandela Highway in Kingston.

The IPO proceeds will be used to finance its growth programme.