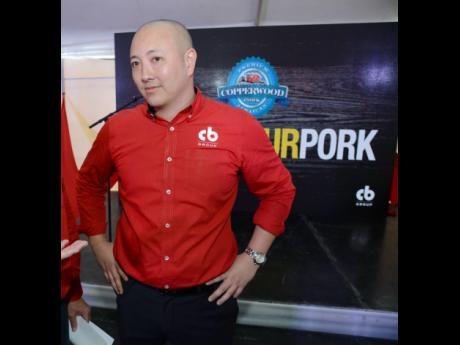 The power plant under construction at ‘The Nest’ is costing US$16 million or $2.4 billion in local currency, utility company Jamaica Public Service Company, JPS, has said.

The 10 Megawatt power plant, which will be fired by natural gas supplied by New Fortress Energy, is to be commissioned at mid-year.

“All elements of the project will be completed by June 2021,” said Winsome Callum, director of communications at the JPS.

The Nest is an expansive manufacturing and farming complex in the hills of St Catherine owned by No. 2 poultry company Caribbean Broilers, which trades as CB Group. The complex is being built out in phases.

The JPS will develop and own the combined heat and power plant on the lands held by CB and feed the poultry producer with electricity. The terms of their agreement were not disclosed.

The excess power will be fed to the national grid operated by the utility but won’t add to the grid’s base load. “It is being built as part of the capacity that JPS is allowed to replace,” said Callum.

The power plant is one component of The Nest agri-business complex at Hill Run, which was launched over three years ago as a US$120 million development under which the CB Group has been consolidating its business operations, including a feed mill.

By using LNG as the fuel source instead of oil, the JPS said that the power plant would have a 30 per cent lower carbon footprint, and that the heat generated during the production of electricity would also be captured and converted into energy.

Various elements of the plant are now operational, with testing ongoing, according to Dr Keith Amiel, CB’s corporate affairs manager, in response to Financial Gleaner queries. Dr Amiel said the plant would satisfy the power needs of The Nest, while noting that the buildout of the agri-business complex itself was also close to completion.

“The Nest will be fully operational by April as most things are already in place,” Amiel said. “The main activities remaining are the administration block and changing rooms and lockers.”

CB said it entered into the JPS partnership, having made a decision to remain connected to the national grid. The project represents a departure from the traditional business model, where customers receive power from the utility, in exchange for payment only, to one where the customer is part of supplying the grid while benefiting from energy and cost efficiencies.

JPS President & CEO Michel Gantois described the project as an innovative partnership and is desirous of similar collaborations with other companies.

“We are very happy to have collaborated with the CB Group,” he said in a joint statement with CB Group. “We know that they could have pursued alternative sources of energy for their operations, but they decided to stay on the grid for the benefit of the country. And we laud them for that. This works for everyone.”

CB Group CEO Matthew Lyn added that one of the considerations for the poultry company was the potential burden that would fall on residential JPS customers, through increased electricity costs, were large companies to continue exiting the grid.

The JPS understood our sustainability goals and worked hard to bring this idea to life. Less wasted energy will result in less carbon emissions, which is a win-win for our environment, our operations, and above all, the people of Jamaica,” he said.