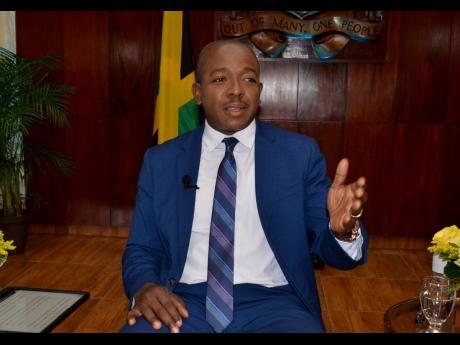 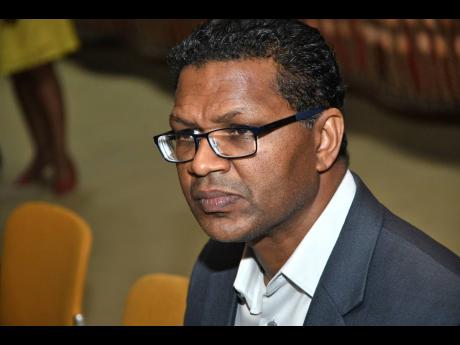 For months, Jamaican manufacturers watched as non-biodegradable plastics entered the market and grew in volume, even while they were still counting the cost of the ban on single-use plastic packaging and styrofoam containers. They had ceded space...

For months, Jamaican manufacturers watched as non-biodegradable plastics entered the market and grew in volume, even while they were still counting the cost of the ban on single-use plastic packaging and styrofoam containers.

They had ceded space to products that were supposed to be eliminated from the market, but hadn’t. All plastic imports have doubled in value and quadrupled in volume under the ban.

The producers weren’t silent about the growing imports, accusing the government of “shortsightedness” for allowing it to happen, and pointing out the obvious conflict with the policy goal of reducing pollution and taking pressure off the environment.

Then last week they got audience with the portfolio minister, a meeting that centred on how the government, through the Ministry of Housing, Urban Renewal, Environment and Climate Change, or MHURECC, would improve the regulation of imported plastics ahead of June, which is the new date for the implementation of the third phase of the ban.

The ‘how’ remains a work in progress.

“I have indicated to the JMEA and the wider population that the ministry, in collaboration with its partners within the public and private sectors, is actively exploring measures to regulate the single-use plastic containers in question,” said MHURECC Minister Pearnel Charles Jr.

“Once there is agreement by the partners on the measures to be applied, the ministry will be submitting these recommendations to Cabinet for its consideration and approval,” he told the Financial Gleaner.

Data from the Statistical Institute of Jamaica shows that the value of imports of plastic boxes and similar products for the conveyance or packaging of goods, increased from US$5.12 million in 2019 to US$12.4 million in 2020. Quantities imported in the period grew from 1,063 tonnes to approximately 4,200 tonnes.

The data, however, does not disaggregate biodegradable plastic containers from non-biodegradables.

Charles, in response to the numbers, said the Government recognises that other single-use plastics have replaced a segment of the local market that had been taken up by expanded polystyrene foam, or styrofoam, products.

He added, however, that these single-use plastic products are primarily polypropylene containers that are FDA-approved for food safety and are recyclable.

“In other segments of the market, the expanded polystyrene foam products have been replaced with plant-based containers. The Government will continue to promote the consumption of more environmentally friendly alternatives to single-use plastic containers, as well as increased recycling within the industry,” he said.

The meeting on Friday was the first in a series of conversations that Charles hopes to have with the business community on the curtailment of plastics.

Chairman of Wisynco Group William Mahfood said the recommendations put forward by the minister were a good start, but that the Jamaica Manufacturers and Exporters Association, JMEA, was demanding greater monitoring and enforcement of single-use plastics once phase three of the ban takes effect.

Additionally, JMEA President Richard Pandohie wants the Jamaican Government to develop a stronger awareness campaign around the penalties for persons, particularly those in the informal sector, found with products that are not compliant; and greater enforcement.

“The best opportunity for enforcement will have to be at the borders, which requires [action by] Customs and the woefully under-resourced National Compliance and Regulatory Authority,” he said.

Phase one of the ban, which took effect in January 2019, was on the importation, manufacture, distribution and use of single-use plastic carriers, with capacity below 25 gallons, while the second phase, implemented in January of 2020, was on polystyrene foam.

The JMEA is arguing that the ban has failed in its intended purpose, after wiping out 140 jobs from the closure of Jamaica’s only styrofoam and straw production facility that was operated by Wisynco Group Limited.

Wisynco itself has estimated its annual loss in sales from the closure at $1 billion. It’s one of 17 companies that JMEA said was promised compensation by the former minister with responsibility for the environment, Daryl Vaz, and lead proponent of the ban, former government Senator Matthew Samuda, for materials that they had to destroy to become compliant with the ban.

The third phase of the ban, which was initially slated to take effect on January 1 of this year, has been pushed back to June, granting both consumers and businesses more time to become compliant.

Phase three relates to the importation, distribution, manufacture, and use of commercial, single-use plastic bags of dimensions not exceeding 24x24 inches (610 x 610mm), and thickness of 0.002 inch (0.06mm); and drinking straws made, wholly or in part, of polyethylene or polypropylene, manufactured for single-use and attached to, or forming part of, the packaging of juice boxes or drink pouches.

The decision on the delay was made back in December as businesses continued to reel from the impact of COVID-19.