Fed in no hurry to raise interest rates 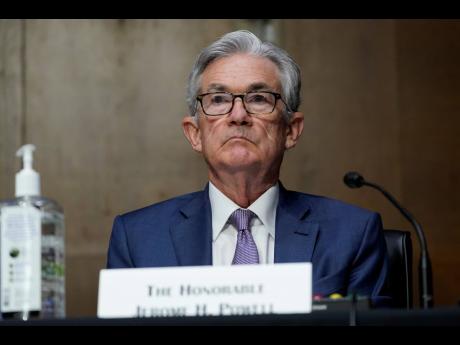 AP
Chairman of the US Federal Reserve, Jerome Powell.

United States Federal Reserve Chairman Jerome Powell told Congress on Wednesday that the central bank will not start raising interest rates until it believes its goals on maximum employment and inflation have been reached.

Powell also warned that many who had worked in industries hardest hit by the pandemic and ensuing recession will likely need to find different jobs.

As he did before the Senate Banking Committee on Tuesday, Powell told the House Financial Services Committee that the Fed is in no hurry to raise its benchmark short-term interest rates or to begin trimming its US$120 billion in monthly bond payments used to put downward pressure on longer-term rates.

Financial markets, which had begun to wane Tuesday on fears that higher inflation might trigger an earlier-than-expected tightening of credit conditions by the Fed, rebounded on Powell’s comments.

That trend extended into Wednesday with the S&P 500 index rising more than one per cent.

Powell said the Fed does not see any indication that inflation could race out of control. While price increases might accelerate in the coming months, Powell said those increases are expected to be temporary and not a sign of long-run inflation threats.

He said the central bank would not start to trim its $120 billion in monthly bond purchases until “substantial further progress” has been made towards the Fed’s goals on inflation and employment.

Hikes in the Fed’s benchmark interest rate, now at a record low of zero to 0.25 per cent, will not occur until the Fed has seen inflation reach its 2.0 per cent target and run slightly above that level, with employment falling to a level viewed as maximum employment, he said.

Powell has noted recently that, while the official US unemployment rate in January dropped to 6.3 per cent, the actual rate is closer to 10 per cent when taking into account the millions of people who have given up looking for a job.

Even as the job market improves, a portion of the 10 million people still out of work may find it hard to get new jobs, he said. He attributed that to the changes brought on by the pandemic in such industries as retail services and tourism.

In many cases, the jobs people left may no longer be there, which will mean those workers will need access to job retraining to find work in other areas, Powell said.

The House is expected to take up later this week President Joe Biden’s proposed US$1.9-trillion relief measure, which includes stimulus payments of up to US$1,400 for individuals and expanded unemployment benefits and support for state and local governments.

Republicans have attacked the measure as too expensive and unnecessary, given growing signs that the country doesn’t need further support. Democrats, however, have argued that with nearly 10 million still out of work compared to a year ago, further support is needed.

Powell repeatedly refused to take a position on Biden’s proposal, saying that it was up to Congress and the administration to decide.

While repeating his comment in his Senate testimony that he believes the economy is “a long way from our employment and inflation goals”, Powell did agree that there have been some encouraging signs that the economy could accelerate further as new COVID-19 cases decline and vaccines are more widely distributed.

Some private forecasters have said the overall economy might grow at a rate of 6.0 per cent or better this year, after having shrunk 3.5 per cent last year, the worst performance since 1946. GOP lawmakers pressed Powell to say whether he thought such a growth rate was possible, but he refused to be pinned down to a specific target for gross domestic product growth.

“There is a reason for optimism in the second half of the year if we get the pandemic under control,” Powell said.