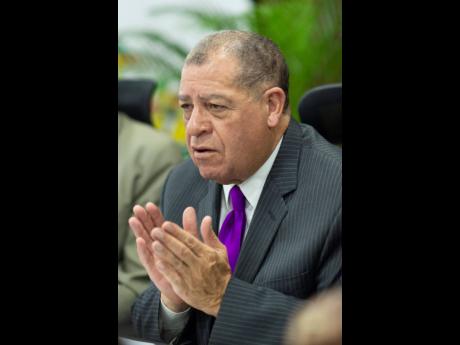 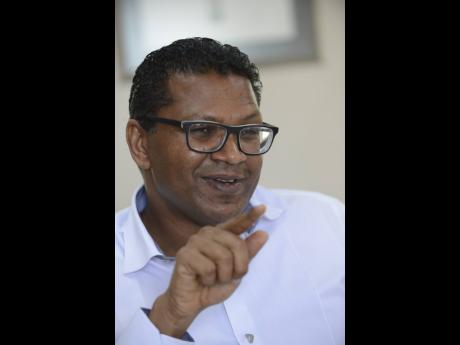 At over 65 years old and with commerce going through a transition, Jamaica’s trade law is due for a makeover and the Ministry of Industry, Investment and Commerce, MIIC, has begun the search for a consultant to lead the review. Bidding on the...

At over 65 years old and with commerce going through a transition, Jamaica’s trade law is due for a makeover and the Ministry of Industry, Investment and Commerce, MIIC, has begun the search for a consultant to lead the review.

Bidding on the consultancy contract closed on Wednesday and MIIC is expected to spend the next 120 days, or four months, going through the applications.

The bid invitation did not specify what’s prompting the overhaul of the Trade Act, which became law in 1955, and why it’s happening now.

But Richard Pandohie, president of the Jamaica Manufacturers & Exporters Association, JMEA, has indicated that he wants MIIC to go big on the reform – to bring all trade-related legislation under one umbrella.

The consultant will have four broad tasks: developing an umbrella legislative framework for the creation of a new trade law, prepare drafting instructions for the legislation, work with the MIIC Legal Department to prepare basic elements of the draft bill, and conduct training and sensitisation sessions on the legislative and operational implications of the bill.

Logistically, it’s not yet clear what reach into the ministry and other departments the trade consultant will be allowed. The trade consultant’s work is likely to touch on agencies answerable to MIIC, such as the Trade Board itself and the Cannabis Licensing Authority, but also those without, such as Jamaica Customs Agency and JACRA.

MIIC has not responded to requests for comment on the reforms under consideration, leaving open the question of the scope of the overhaul and the prospective cost. The ministry headed by Minister Audley Shaw is also yet to apprise key private-sector groups of its intent.

The JMEA and the Jamaica Used Car Dealers Association, or JUCDA – both of whose members have frequent dealings with the Trade Board as the issuer of import and export permits, and both of which have been the most vocal about trade issues over the years – said they await word on the review project.

JUCDA President Lynvalle Hamilton says his group wants to get clear information from the ministry on the areas of focus for the new legislation before commenting, he said.

Pandohie, of the JMEA, sees an opportunity to bring more order to the trade arena, and is urging MIIC to develop omnibus or overarching legislation around the new bill, into which the various laws that govern different elements of trade would be collapsed.

In its current form, the Trade Act provides for the regulation of trade in goods, including the conditions of distribution, purchase and sale; and the importation and exportation, except under licence, of goods of any class or description. Guidance on trade in Jamaica, along with permits and licences, comes from many agencies and bodies operating across the government service, with different functions, such as the Trade Board, Jamaica Customs, Bureau of Standards Jamaica and the Jamaica Agricultural Commodities Regulatory Authority.

“A comprehensive review of product-specific fees, permits and licenses must be done to determine their necessity. It’s also important that we reduce the bureaucratic and regulatory steps currently needed for exporting, and strengthening the capacity of regulatory agencies and ministries, such as the MOH, to issue permits in a timely manner,” Pandohie said. MOH, the Ministry of Health & Wellness, has oversight of trade in pharmaceuticals and plays a role in the approval of trade in cannabis products.

Trade permits are currently centralised through the Jamaica Single Window for Trade, known as JSWIFT, which serves as a platform for importers and exporters to submit transactional information, electronically, and is hosted and operated by Jamaica Customs Agency.

The JMEA president is recommending that the new legislative framework be formed around the expansion of Jamaican exports to foreign markets through the provision of incentives for industry, relief from unfair trade practices and market disruptions, provision for relief from injury caused by import competition, and for the bill to support the development of value chains that will increase exports and linkages, while disincentivising imports.

Pandohie also wants the re-establishment of the body known as the Trade and Enforcement Committee, to police against substandard and non-compliant foreign goods entering the local market.

“The current Trade Act came in force in 1955 and it is well overdue for a major overhaul, as the act is not relevant for the current landscape and, in its current format, puts Jamaica at a disadvantage in comparison to other countries,” he said.

Since enactment of the trade law almost 66 years ago, the only amendment made was in 2009, which dealt with increasing penalties applicable to breaches of the Trade Act. Prior to the amendments, the fines ranged from a low of $200 to a maximum of $3,000. Now they range up to $2 million, with custodial sentences of up to two years.

The law was developed around the idea of a Prices Commission, whose function mainly included the review and control of prices; investigating allegations of profiteering; making recommendations to the portfolio minister as it relates to pricing; and collecting, compiling and analysing information in relation to wages.

After the market shifted from price controls towards a market-driven economy in the 1990s, it also brought to an end the appointments to the Prices Commission. The Consumer Affairs Commission was established under the Consumer Protection Act in 2005 to carry out some of the functions of the former Prices Commission. However, the consumer agency’s remit does not extend to investigating profiteering.

Price-gouging concerns were raised by consumers on numerous occasions during the COVID-19 pandemic last year.