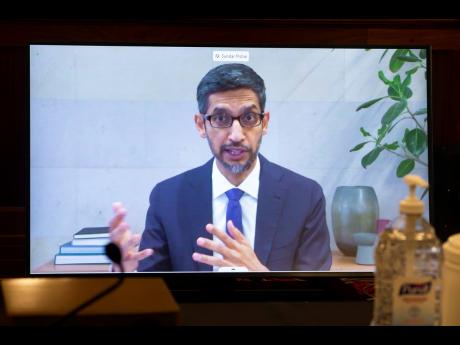 Google says it won’t develop new ways to follow individual users across the internet after it phases out existing ad-tracking technology from Chrome browsers, in a change that threatens to shake up the online advertising industry.

The digital giant has been working on proposals to remove from Chrome so-called third-party cookies, which are snippets of code used by a website’s advertisers to record browsing history in order to show users personalised ads.

Third-party cookies have long been a key tool for marketers to deliver targeted ads, but they’ve also been a source of privacy concerns, so Google has proposed instead grouping together web users with similar interests and keeping web histories private on user devices.

Now the company, which will continue to be able to track users through its services like Search or Maps, has signalled that it’s taking another step towards abandoning the use of individual tracking for ad sales.

“If digital advertising doesn’t evolve to address the growing concerns people have about their privacy and how their personal identity is being used, we risk the future of the free and open web,” David Temkin, Google’s director of product management for ads privacy and trust, said in a blog post.

Temkin said the company continues to get questions on whether it will join others in the ad tech industry that plan to replace third-party cookies with alternative user-level identifiers.

“Today, we’re making explicit that once third-party cookies are phased out, we will not build alternate identifiers to track individuals as they browse across the web, nor will we use them in our products,” he said.

Google plans to roll out the changes, dubbed ‘privacy sandbox’, by next year. However, Google’s proposals have drawn criticism from smaller players in the online ad industry as well as scrutiny from UK regulators over concerns that it will will add to the tech giant’s already-dominant power in online advertising.

Chrome is the world’s dominant web browser, and many rival browsers, like Microsoft’s Edge, are based on Google’s Chromium technology.

Even though the changes are aimed at tightening up on privacy, Google will still be able to track users of its own services, said James Rosewell, CEO of Marketers for Open Web, a group of media and advertising companies lobbying against the changes.

Google’s changes might not have a big impact on Facebook, the only other big player in the digital ad business, but Rosewell said it would squeeze out the small set of online advertising companies that compete for the sliver of online ad business left behind by the two tech giants.

If these smaller ad companies are edged out, it could mean higher prices for online ads because Google “is the only game in town” for search advertising, Rosewell said.