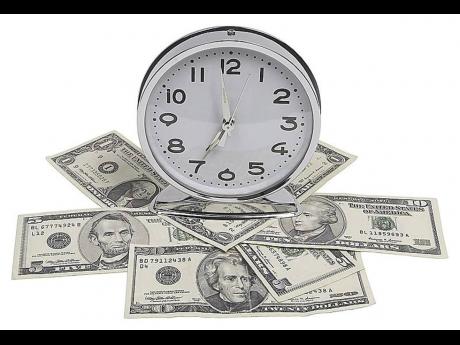 It has been almost four decades since the United States experienced high inflation. Sociologists would consider it to be almost two generations ago, and an experience that is fading from the collective memory.

While inflation is alive and well across parts of the developing world, it has become a distant memory for most developed countries.

The way that the monetary authorities are dismissing the possibilities of renewed inflation suggests that the institutional lessons from the past have also faded. Old monetary hands would surely know that inflation, like cancer, is something you must address before it appears, because once it is detected it is very difficult to control. Investors also need to brush up on the strategies needed to protect their wealth and assets.

Inflation is nothing more than the instability in aggregate prices. In a market economy, the prices for individual goods and services are constantly adjusting to reflect the imbalances between supply and demand.

However, a generalised adjustment of all prices reflects a problem in the monetary unit of accounting. This is the reason Noble Laureate economist Milton Friedman stated that inflation was always a monetary phenomenon. Lack of confidence in the monetary unit may be due to distrust of the monetary authorities or unexpected changes in the supply of money.

In order to hedge against such an event, investors and economic agents need to look for other stores of value. The most basic store of value is real property. As Scarlet O’Hara’s father sternly lectures his daughter in Gone with the Wind, “land is the only thing in the world worth workin’ for, worth fightin’ for, worth dyin’ for, because it’s the only thing that lasts”.

Commodities as store of value

Similar to real property, commodities are another hedge against inflation. Of course, commodities are not equal in their hedging qualities. The more permanent the commodity, such as precious metals, the more relevant it is as a hedge versus perishable commodities, such as grains and other agricultural products.

This is the reason gold, silver and platinum perform so well whenever there are doubts about the health of the international monetary system. Nevertheless, given the inelastic nature of soft commodities, due to their importance in sustaining life, they still serve as an important store of value.

During the days of hyperinflation in Weimar Germany, a loaf of bread cost a wheelbarrow full of marks. Using that same logic, equities become much more important than bonds because they become a claim on the underlying assets. Equities represent ownership of property, plants, equipment, patents and trademarks whose value is not diluted by the change in the underlying monetary unit.

This brings us to bonds. The global bond market has just experienced the longest bull run in history, marking the four decades since the US brought its inflationary demon under control. Now, the market is moving in the opposite direction.

At first glance, the best strategy when hedging a bond portfolio against inflation is to move into variable or floating-rate notes. These instruments tend to provide real rates of return over inflation or the reference interest rate.

The second-best is to reduce duration as much as possible. A move into convertible instruments may also be advisable, given that equities tend to outperform bonds in an inflationary environment.

If forced to remain within the fixed-income space, investors should consider corporates or sovereigns where the underlying source of income or revenue comes from real estate or commodities. For example, countries that are heavily commodity-dependent, such as Brazil, may perform well in a high inflation scenario.

Another consideration could be sukuks, or sharia-compliant instruments. These obligations are often structured in a way that rents or dividends provide the source of income to make coupon payments.

Of course, the corporate universe provides a wide range of opportunities. Corporates in natural resource sectors, such as mining, proteins and energy, tend to perform well when inflation is on the rise. At the same time, emerging market currencies may underperform. Given that these currency units are all contingent on the value of the referenced hard currency units, such as the dollar and the euro, they will lose their value even faster.

There are many strategies investors can take to prepare for greater monetary instability. With the bond and commodity markets signalling that higher inflation is getting closer on the horizon, investors can change their asset allocation to preserve as much of their wealth and value.