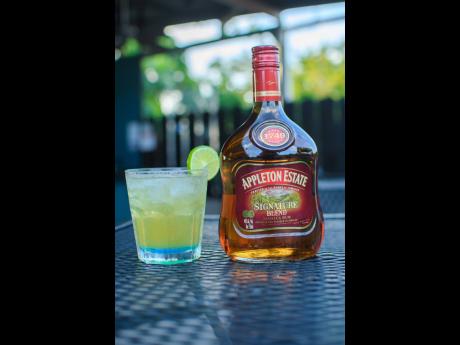 J. Wray & Nephew Limited, JWN, began 2020 with the launch of a series of rebranded rums in Jamaica, but the pandemic derailed any revenue gains it might have expected.

The Jamaican rum maker, owned by global spirits company Campari Group, ended the year with a 16 per cent drop in sales to €91 million, and was otherwise hit with one-off restructuring costs of €13 million as it exited sugar production.

Sales in 2019 amounted to €108 million. The decline in the following year translates to around $2.8 billion in local currency.

The decline in JWN’s top-line income was greater than the overall four per cent slide in sales across Campari’s global network. The Italian company, whose revenue intake, internationally, was €1.8 billion, said despite the decline in local brand sales, JWN, the producer of Wray & Nephew and Appleton rums, achieved double-digit rise in sales in markets such as the United States.

The US remains Campari’s top market overall, with Jamaica at sixth place.

The sales of the flagship brands Appleton and Wray & Nephew, rose 3.0 per cent and 22 per cent, respectively, in the US, “boosted by new packaging and product range,” Campari said. This helped to offset the negative performance of Jamaican rums in Jamaica, Mexico and other markets, Campari said.

The lockdowns in various countries to contain the spread of the COVID virus had a devastating impact on the global alcohol market, including Campari’s sales. In Jamaica, additional variables impacting its comparative performance included reduced activity in the tourism and travel market, which are big channels for alcohol, as well as the fact that the base 2019 period had been a strong year, Campari said.

In February 2020, the group initiated the global relaunch of Appleton Estate as a renowned dark aged rum.

“The relaunch included a new package design which serves to elevate Appleton Estate’s presence as a ‘super premium’ brand. The new label design, which showcases the estate’s story and celebrates Jamaican culture, is accompanied by the introduction of a cork closure, as well as a contemporary version of the iconic bottle shape,” Campari said during a briefing on the group’s financial performance.

Under the rebranding programme, the bottling and labelling for at least nine rums under the Appleton and Wray & Nephew brands were refreshed. The relaunch included Appleton’s Signature, 8 year old, 12 year old, 15 year old, 21 year old rums; and a separate 100 per cent pot still-aged rum, Appleton 1994, 1995 and 1996. Blenders use the pot still method of distilling spirits to produce cognacs and whiskeys, seen as premium spirits. JWN’s Wray & Nephew Kingston 62 red rum was also launched.

Shortly after, however, economies around the world began locking down to contain the coronavirus, leading to limited travel and people movement, decline in consumption and, with it, reduced commerce and lost jobs – all leading to a recession.

During the downturn, JWN moved ahead with plans to lock down its sugar division, cutting 370 jobs in the process. The Jamaican company, which owns the Appleton and New Yarmouth sugar estates, had previously cited “significant losses over the years,” but the situation got worse with the COVID-19 pandemic. The company said it wanted to focus on rum rather than the production of sugar.

The Jamaica operations booked a €13.5-million restructuring charge over the closure of the sugar operation, €2.3 million of which would have been booked in the December quarter.