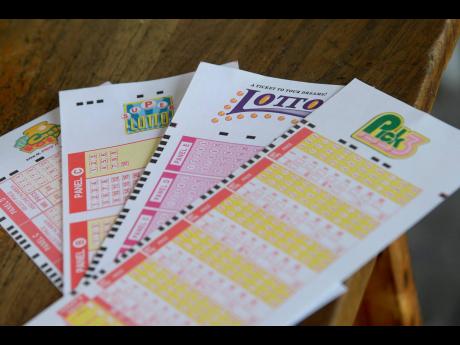 With its acquisition strategy beginning to pay off, gaming and lottery company Supreme Ventures Limited appears to have weathered the storm created by the ongoing COVID-19 pandemic, but is facing other headwinds as two new lottery rivals ramp up operations, ending its monopoly.

The company, which now trades as Supreme Ventures Group or SVL Group, after its recent M&A forays, closed the year with flat earnings of $2.42 billion, albeit a bit on the downside from $2.47 billion net profit earned in 2019. Profit attributable to owners of the company dipped to $2.3 billion from $2.4 billion.

SVL fared better at the top line, but only boosted revenue by around $840 million to $39.36 billion. Comparatively, the gaming company grew revenue by more than $5 billion in 2019.

New rivals Mahoe Gaming and Goodwill Gaming are just entering the market, which means the impact of their presence is yet to show up in SVL’s earnings. The fallout to date would therefore be due to the pandemic, including its compression of disposable income as jobs evaporated.

SVL also kept direct costs last year at the same $30.6 billion it reported in the previous year. Its flat earnings, coming against the backdrop of reduced costs and improved revenue, was the result of the bigger tax charges, rising finance costs, and a dip in the valuation of its investment properties.

The performance, while steady amid the pandemic, and showing recovery from earnings hiccups brought on in the June quarter by the global health crisis, will be tested further this year by the start-up of the two competitors.

But the SVL Group operations, with total assets vaulting $9 billion to $15.5 billion over the past year, signals a growing balance sheet and business assisted by the acquisition of rival betting outfits and other operations.

In July 2019, SVL acquired a 51 per cent stake in Post to Post Betting Limited, which trades as AnyBet, bringing the sports betting, horseracing, slot machines and virtual gaming operations of the former rival under the SVL Group. Earlier this year, SVL acted on an additional purchase clause in that agreement, to take another 29 per cent stake in AnyBet for $375 million.

In January 2020, SVL, through subsidiary Supreme Route Limited, SRL, formerly known as Bingo Investments Limited, a company it previously bought, also purchased a 51 per cent share of Champion Gaming Limited for $2.78 billion in cash and 49 per cent of SRL equity.

“(This) acquisition has increased the group’s market share in the industry and provides access to customers using Champion machines through the network of agents. Since the date of acquisition, the betting operations has contributed net revenue of $452 million and attributable, post-acquisition net profit of $126 million to the group’s results in the period to December 31, 2020,” SVL said in notes to the 2020 financial statements.

In May 2020, SVL and I.C.E. Jamaica inked a deal for the purchase of I.C.E.-branded gaming machines and other assets for US$3.5 million from the SVL service partner that, since 2015, has managed the gaming company’s route network of video lottery terminals. The deal was finalised last month.

The M&A strategy has not come cheap for SVL. The acquisitions last year were financed by a $3-billion bond issued in October, although the lottery and gaming company said then that its book of M&A investments amounted to $3.49 billion.

The initial 2019 Post To Post acquisition was financed by an unsecured credit facility of $450 million from Sagicor Bank Jamaica Limited, based on a disclosure in the SVL financial statements that the Sagicor borrowings was “to support the group’s acquisition of Post to Post Betting Limited operations”.

The company also disclosed in its 2020 financials that it also has a ten-year, unsecured $1-billion standby syndicated loan facility with Sagicor Bank to pay for other acquisitions in the future.

The listed lottery company also has a $500-million secured bond facility with Barita Investments Limited, which SVL, in its latest financial statements, said is intended “to support the group’s plan for the acquisition of a gaming entity and assets”. That credit line, with an interest of 6.5 per cent per annum and due in December 2025, is secured by mortgage on SVL’s Coral Cliff property in Montego Bay.