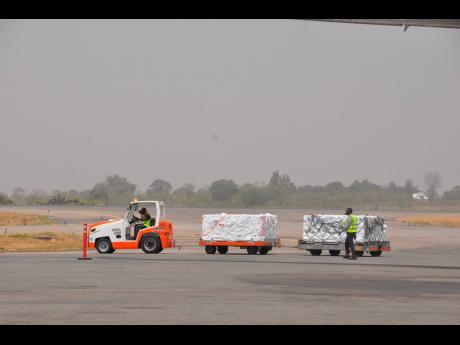 AP
AP COVID-19 vaccines are offloaded from a plane at Lagos airport, Tuesday March 2, 2021. Nigeria received vaccines acquired through the United Nations-backed COVAX initiative with a delivery of the AstraZeneca vaccine made by the Serum Institute of India. 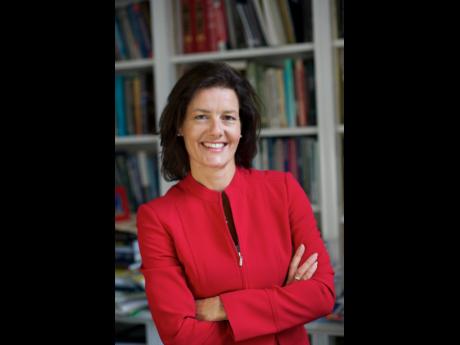 In a recent letter to her G20 colleagues, US Secretary of the Treasury Janet Yellen argued that a truly global COVID-19 vaccination programme “is the strongest stimulus we can provide to the global economy”.

With rich countries vaccinating their populations, while low-income countries have yet to receive even paid-for vaccine doses, the world seems a long way from that goal. But the first shoots of solidarity are beginning to appear, and leaders must strengthen cooperation to nurture them.

Such an approach is essential, because reopening the global economy requires containing the coronavirus everywhere. One recent study estimates that, even if advanced economies reach optimal vaccination levels by mid-2021, they could nonetheless suffer economic losses of up to US$4.5 trillion this year if developing countries’ vaccine roll-outs continue to lag far behind.

Open economies such as European Union member states, Switzerland, the United Kingdom, and the United States would be most at risk, and output losses in sectors such as construction, textiles, retail and automobiles could exceed 5 per cent.

Uncoordinated vaccine distribution also poses grave health risks. Leaving poorer and needier countries out of the supply chain has resulted in the deaths of numerous desperately needed African front-line nurses and health workers. When Guinea declared an Ebola outbreak in February, the world relied on the country’s own healthcare workers to roll out a containment and vaccination campaign.

Without such workers, the world is more vulnerable to future pandemics: in 2014, for example, a single case of Ebola in the US caused nationwide panic when it spread to the nurses treating the patient.

But ensuring a speedy global vaccine roll-out is proving difficult. The COVID-19 Vaccine Global Access Facility, COVAX, established by three international health agencies to speed up vaccine production and distribution, needs more money. Otherwise, poorer countries will be forced to divert scarce budget resources or slow down vaccination programmes against other diseases such as polio, measles, and meningitis.

More funding is also needed for the Access to COVID-19 Tools Accelerator, ACT, which the World Health Organization and other partners created to develop tests, treatments, and vaccines to fight the disease. According to one estimate, a US$10-billion contribution by the United States to this initiative would safeguard up to US$1.34 trillion in domestic output, giving America a more than hundredfold return on its investment.

Yellen’s letter to the G20 recognises this logic, and the group agreed on February 26 that granting equitable access to safe COVID-19 vaccines, diagnostics, and therapeutics for all countries “is a top priority”.

But money is not the most immediate obstacle. African countries that have borrowed to purchase vaccines have discovered that there are no doses for them to buy. Although COVAX has concluded some deals for developing countries, by March 1 it had delivered only a few hundred thousand doses to Ghana and Côte d’Ivoire. A first shipment reached Nigeria on March 2. And Guinea has administered a total of 55 doses to date.

Some blame intellectual property, IP, protections for developing countries’ lack of vaccine access. In late 2020, India and South Africa, as well as some non-governmental organisations, urged the World Trade Organization to waive current IP rules related to COVID-19, but the US, EU, and UK opposed the idea. Governments will debate the issue at the World Trade Organization in early March.

Patents not problem yet

But patents are not the problem, not yet. The US pharmaceutical firm Moderna, which has developed an approved COVID-19 vaccine, has said that, while the pandemic continues, it will not enforce its coronavirus-related patents against those making vaccines intended to combat it. And AstraZeneca says that “for the duration of the coronavirus pandemic”, it will proceed “with only the costs of production and distribution being covered”.

Yet, these short-term arrangements will soon need attention. The voluntary licensing regime preferred by the UK and other rich countries may well be inadequate. At the least, policymakers should be considering non-exclusive licenses and technology transfer, as John-Arne Røttingen, who chairs the WHO Solidarity Trial of COVID-19 treatments, has proposed.

First, there are manufacturing challenges related to increasing production speed. Each vaccine is different and relies on biological and chemical processes of variable efficacy that are sometimes difficult to scale up. And vaccine production requires intensive supervision and quality control. But these problems will ease as manufacturing improves and more vaccines – including a newly approved one from Johnson & Johnson – come on stream.

The other big problem is vaccine nationalism. Wealthy countries have stockpiled more COVID-19 vaccine doses than they need, and other governments also are competing to prove that they are procuring adequate supplies for their own citizens.

Two Brazilian research institutes had planned to produce millions of doses of the AstraZeneca-Oxford and Chinese Sinovac vaccines, but have been hampered by unexplained delays in shipments of vital ingredients from China. And the Serum Institute of India, the world’s largest vaccine manufacturer, was aiming to make more than 300 million doses available to 145 countries through COVAX in the first half of 2021, before the Indian government recently ordered it to meet domestic needs first.

Still, some encouraging signs of vaccine solidarity are emerging. Forty-seven countries, as well as the African Union, which has 55 member states, have made or were offered COVID-19 vaccine deals with China, India or Russia. India has shipped nearly 6.8 million free doses around the world, China has pledged around 3.9 million, and Israel is offering 100,000.

UK Prime Minister Boris Johnson has pledged to donate most of his country’s surplus doses to poorer countries. Some other G7 leaders – including French President Emmanuel Macron – are making similar commitments. The US government has declined to do so for now.

Rich-country governments must deliver on their solidarity promises. They need to donate vaccine doses immediately to protect front-line healthcare workers in vulnerable countries. They need to contribute more to the ACT and COVAX initiatives to ensure a genuinely global roll-out. And they need to work with their own countries’ pharmaceutical firms to deliver more transparent, non-exclusive licensing deals. Only this level of solidarity can restore global growth.

Ngaire Woods is dean of the Blavatnik School of Government at the University of Oxford.©Project Syndicate, 2021www.project-syndicate.org