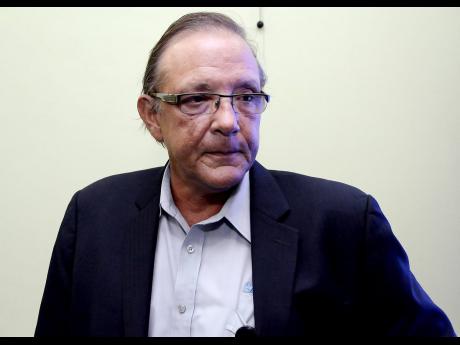 IronRock recorded its best period in the December quarter since going public five years ago as a start-up general insurer, but the company is not crediting only insurance activity for the performance.

The gains, said Managing Director Evan Thwaites, were driven by $40 million of investment income; but he also noted that he considers investing to be core to the business of insurance.

“Investing is an extremely important part of an insurance company’s operation. I don’t think it should be considered secondary income. Our job is to manage funds,” Thwaites said.

For the year ending December 2020, IronRock Insurance Company, a niche player in the market, did see a spike in insurance premiums, from $701 million to $837 million. That was buttressed by ‘other income’ of $60 million, two-thirds of which was money made on its investments, but was really $9 million less than the previous year. The numbers are subject to verification by audit.

The premium income that flowed in was insufficient to cover the claims and others costs of the insurance segment, leading to an underwriting loss. But the boost from other income kept IronRock above water, leading to its biggest annual profit to date of $35.6 million – a sevenfold improvement relative to the $5 million of profit made in 2019. The fourth quarter, which delivered profit of $48.6 million, had erased all the losses in the previous periods and was the general insurer’s best period.

IronRock is one of around 10 general insurance companies, and one of its smallest players. Based on the latest industry data released by regulator Financial Services Commission, IronRock’s $1.36 billion of assets gives it a 1.4 per cent share of the market, or 1.2 per cent when the measure is net premiums earned.

Thwaites says the company is not focussed on capturing market share but rather, retaining high-quality clients.

Top-line income generated from insurance activity grew 20 per cent last year, despite the pandemic. It helped to compress underwriting losses by nearly two-thirds, from $64 million in 2019 to less than $25 million last year.

“We started off with zero business. It is important that in building, that we do so on a solid foundation. We have to be careful in our underwriting to make sure that we are building for the future growth of the company. It is important to us that we get good growth rather than growth at any cost,” Thwaites said.

The insurance veteran expects this to be a difficult year, mostly because the tourism sector is yet to recover from the pandemic, and the economy is highly dependent on that export service.

“Based on the economic uncertainty wrought by the COVID-19 pandemic, 2021 is going to be a tough year until we get travelling back up again and those tourists start coming to our shores again. While there is hope as far as vaccines are concerned, we can only be cautiously optimistic,” he said.