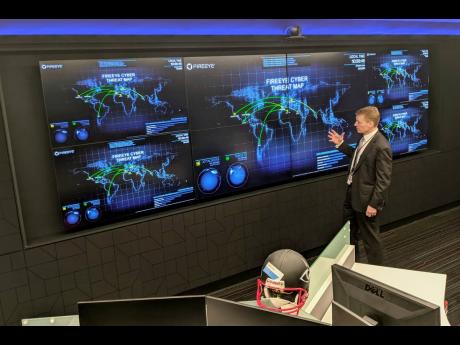 AP
The CEO of FireEye, Kevin Mandia, gives a tour of the cybersecurity company’s unused office space in Reston, Virginia, on Tuesday, March 9. 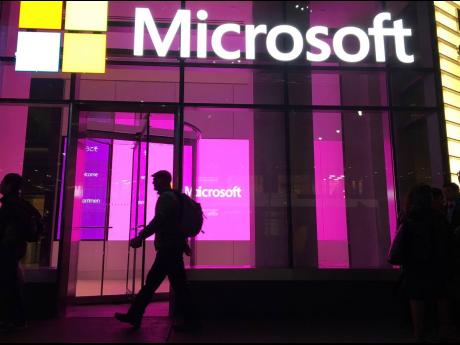 Cyber sleuths have already blamed China for a hack that exposed tens of thousands of servers running Microsoft’s Exchange email program to potential hacks. The CEO of a prominent cybersecurity firm says it now seems clear that China also unleashed an indiscriminate, automated second wave of hacking that opened the way for ransomware and other cyberattacks.

The second wave, which began on February 26, is highly uncharacteristic of Beijing’s elite cyberspies and far exceeds the norms of espionage, said Kevin Mandia of FireEye. In its massive scale, it diverges radically from the highly targeted nature of the original hack, which was detected in January.

“You never want to see a modern nation like China that has an offence capability – that they usually control with discipline – suddenly hit potentially a hundred thousand systems,” Mandia said on Tuesday in an interview with The Associated Press.

Mandia said his company assesses, based on the forensics, that two groups of Chinese state-backed hackers – in an explosion of automated seeding – installed backdoors known as ‘web shells’ on an as-yet undetermined number of systems. Experts fear a large number could easily be exploited for second-stage infections of ransomware by criminals, who also use automation to identify and infect targets.

Across the globe, cybersecurity teams are scrambling to identify and shore up hacked systems. The National Governors Association sent a rare alert to governors on Tuesday asking them to amplify “both the severity of the threat and the next steps” local governments, businesses and operators of critical infrastructure should take.

David Kennedy, CEO of the cybersecurity firm TrustedSec, tweeted on Tuesday that resource-demanding programs that “mine” cryptocurrencies were being installed on some compromised Exchange servers.

The White House has called the overall hack an “active threat,” but so far has not urged tough action against China or differentiated between the two waves – at least not publicly. Neither the White House nor the Department of Homeland Security offered comment on whether they attribute the second wave to China.

The assessment of Mandia, who has been dealing with Chinese state-backed hackers since 1995 and has long had the ear of presidents and prime ministers, squares with that of Dmitri Alperovitch, former chief technical officer of CrowdStrike, the other cybersecurity powerhouse in the Washington, DC area. Alperovitch says China needs to be immediately put on notice: Shut down those web shell implants and limit collateral.

The explosion of automated backdoor-creating hacks began five days before Microsoft issued a patch for the vulnerabilities first detected in late January by the cybersecurity firm Volexity. It had found evidence of the vulnerabilities being used as far back as January 3 by Chinese state-backed hackers, who researchers say targeted think tanks, universities, defence contractors, law firms and infectious-disease research centres.

Suddenly, all manner of organisations that run email servers were infected with web shells associated with known Chinese groups, who – knowing the patch was imminent – rushed to hit everything they could, said Mandia.

“They could sense it was going to end of life soon, so they just went wild. They machine gun-fired down the stretch,” he said in an interview in FireEye’s offices.

“It’s possible the second infection wave was not approved at the highest levels of China’s government,” Mandia said.

“This doesn’t feel consistent with what they normally do,” he said. “A lot of times there’s a disconnect between senior leadership and front-line folks. All I can tell you is, it was surprising to me to see four ‘zero days’ wantonly exploited,” adding, “If you could be exploited by this act, for the most part, you were.”

‘Zero days’ are vulnerabilities that hackers discover and use to pry open secret doors in software. Their name derives from the countdown to patching that begins after they are deployed. In this case, it took Microsoft 28 days to produce a patch once it was notified.

Mandia cautioned that the mass hack is not apt to trigger any critical infrastructure failures or cost lives. “It’s not going to draw blood.” But it highlights how there are no rules of engagement in cyberspace, something governments urgently need to address “before something catastrophic happens”.

Asked for comment on Monday about allegations it was behind the hack, the Chinese Embassy in Washington pointed to remarks last week from Foreign Ministry spokesperson Wang Wenbin saying that China “firmly opposes and combats cyberattacks and cybertheft in all forms”. He said attribution of cyberattacks should be based on evidence and not “groundless accusations”.

Mandia compared the Exchange hack with the SolarWinds hacking campaign that Washington has blamed on elite Russian intelligence agents that his company discovered in December.

“The SolarWinds attack was very surreptitious, very stealthy, very focused. The operator showed restraint and they went deep, not wide,” said Mandia, who appeared in multiple Capitol Hill hearings on SolarWinds. “This attack (Exchange) feels very wide, but what I don’t have an answer to yet is just how deep it is.”

United States officials say at least nine federal agencies and over 100 private-sector targets were affected by the SolarWinds campaign, named after the Texas company whose network management software was used to seed malware to more than 18,000 customers. Only a small number were hacked during the campaign, which went eight months without being detected.